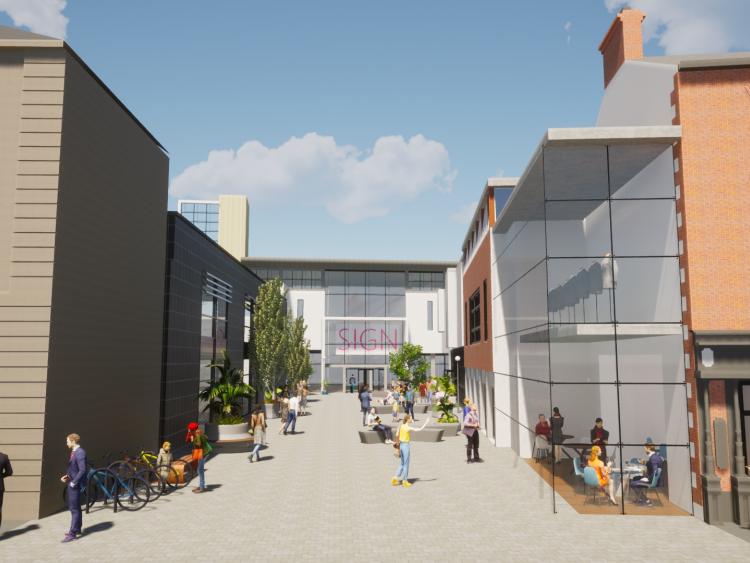 The company says the project is  on track with its original timelines to complete and fit out the huge site which never opened after the original  construction ceased in 2008.

Development works are expected to cost in the region of €10m and will employ 150 construction workers at its peak.

At least 700 jobs are expected to be created at the Naas Shopping Centre and the next stage will see the completion of building work and the significant fitting out of the four acre site.

The Roche Group is owned by Ger Roche and his family, who also operated the Vista centre and pharmacy on Ballymore Road, Naas.

A number of  large repair and maintenance projects have been completed in recent weeks to fix fire damage as well as to secure the site and to undertake a complete deep clean of the building to ready it for the next phase of fit out for prospective tenants.

At least 700 jobs are expected to be created at the centre and the next stage of plans are well underway for the completion and the significant fit-out of the four acre site in the middle of the town by local businessman Ger Roche and his family’s Roche Group. The project team is led by Ger Roche, Eoin Roche and  project manager Frank O’Rourke, a former Fianna Fáil TD in Kildare North. Lisney, the appointed letting agents. “are very excited by the interest shown in the site by various well known retail brands and it is anticipated that the construction and fit out of the property could be fully finished by late 2022,” the company said in a statement.

It is expected that the centre site will consist of a range of mixed-use occupiers ranging from retail outlets with a supermarket anchor on the ground floor, mixed healthcare, office and educational uses on the upper floors with approximately 70 apartment units for senior living along. The development also had planning permission for 750 car parking spaces and it is expected that a conservative wage bill from the completed development will be at least €20m per year which will be made up from full and part time jobs in retail, educational, healthcare and office work as well as security, management and maintenance.