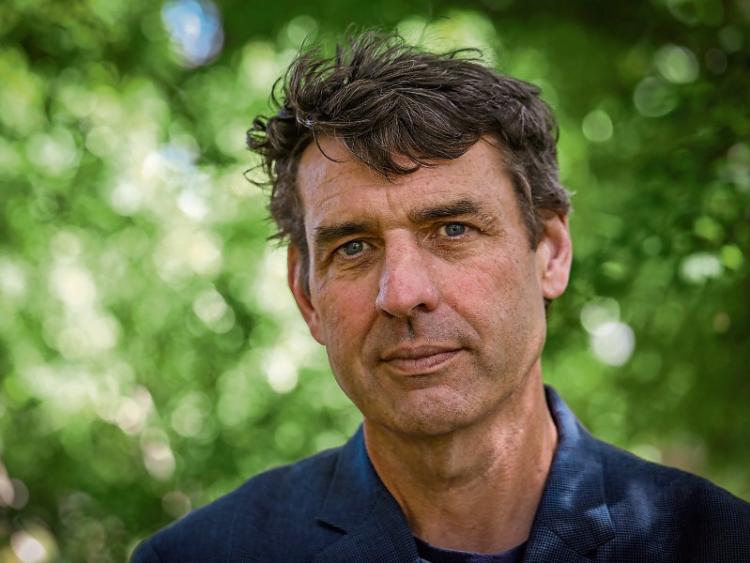 Journalist and author Ed O’Loughlin has revealed that his Kildare upbringing has helped to inspire his fiction and that his new book contains passages about the Oghill townland between Kildare town and Monasterevin, where he grew up.

Mr O’Loughlin was born in Canada but moved aged six to Ireland and was schooled in Kildare town.

The main female character in new book, This Eden is from Kildare and Mr O’Loughlin used much of his own first-hand local knowledge to add detail to her back story.

He said: “There is a fair bit of Kildare in there. The details of her childhood and upbringing are told in retrospect.”

Describing his upbringing, the writer said: “I grew up with all different types of people — it gave me a very broad perception of society. I’m very grateful for the people I met and the friends I made.”

There is a large, extended family in Kildare as Mr O’Loughlin notes that his ancestors first settled in the Rathangan area in the 18th century.

“My father John O’Loughlin is a well known singer and lives in Dunshane between Naas and Kilcullen.

“My uncle Dermot and his wife Angela and their family still farm in Oghill, and my aunt Mary, also a well known folk singer, live in Oghill still.” he said.

“My aunt and godmother Rose O’Loughlin runs the Keadeen Hotel in Newbridge. Fiona O’Loughlin the senator would also be a second cousin.”

He added: “Because of the lockdowns, I saw my dad last at Christmas and before that in August. We said that we’d meet halfway somewhere between Glasnevin and Dunshane when the restrictions lifted to 20km!”

Mr O’Loughlin is not sure yet if there will be any launch events for his book in Kildare as it will all depend on restrictions.

He added: “There are a lot of fine bookstores in Kildare and I’d like to get in to sign copies of my book but I will have to wait and see.” He also revealed he wrote a short memoir during the pandemic which his Kildare fans can also look forward to soon.

This Eden will be published in June