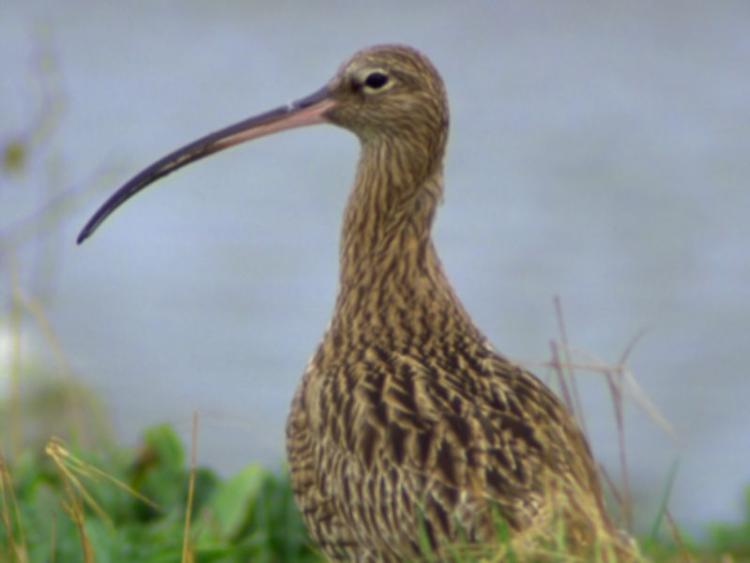 Last Wednesday, April 21, was International Curlew Day! The Curlew (An Crotach as Gaeilge) is an iconic bogland bird that since the 1980s has experienced a 98% decline in its breeding population. The National and Parks and Wildlife Service assessment of this species between 2015-2017 identified less than 130 breeding pairs remaining today in Ireland.

In 2017 the Curlew Conservation Task Force brought stakeholders together, who published in 2018 a report making recommendations for the action required for the future protection of this bird in an attempt to prevent its extinction.

The Irish Peatland Conservation Council, in partnership with BirdWatch Kildare Branch, are doing our bit by monitoring and recording observations of the curlew in Kildare.

Although I’m not sure why the curlew is called so, its long curved downward bill may be a possible reason!

The curlew has a wingspan of 90cm and measures 55cm long, making it the largest European wading bird.

Its plumage is mottled cream and brown to help it camouflage itself in its peatland and coastal habitats.

The curlew’s call is called the ‘cry of the curlew’ and is an unmistakable ‘cur...lee...cur...lee’ whistle.

Interestingly, the curlew has had to adapt to the potential freezing conditions of the wet freshwater bogland habitat by leaving the bogland in winter and migrating to the coastal areas around Ireland so they can continue to feed.

In spring, they arrive back inland, build a nest on the bogland surface and lay between two and six buff, brown or olive spotted pear shaped eggs.

The young hatch after 27 — 29 days of incubation. Chicks then leave the nest a few hours after hatching and fledge 32 to 38 days later.

As the chicks don’t stay in the nest, it is important the curlew chooses its nest sites with mixed vegetation height so they can hide from predators.