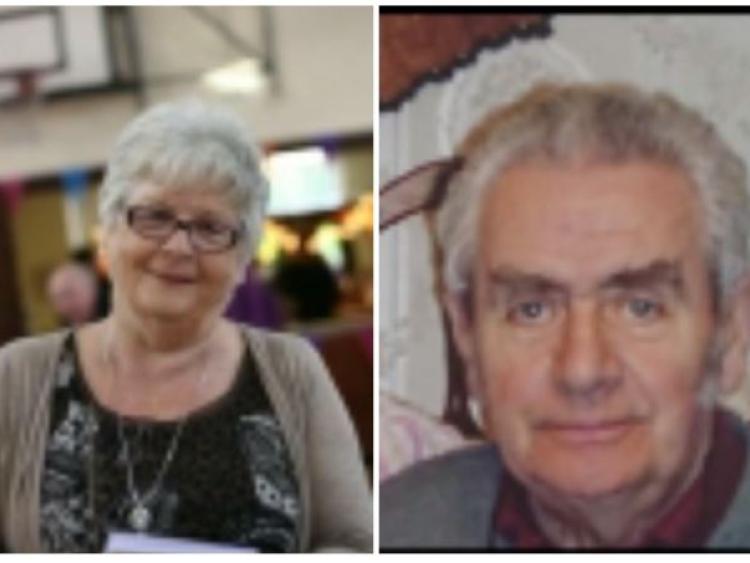 Brickley (nee Flood), Margaret (Josie), Clane, Co. Kildare and late of Ballyconnell, Co. Cavan, April 10th 2021, peacefully at Connolly Hospital, Blanchardstown, after having been in the tender care of the wonderful staff of Parke House Nursing Home, Kilcock, beloved wife of the late Mick and sister of the late Leo, P.J., John James and Thomas, fondly remembered by her loving family, kind neighbours and loyal friends.

Due to current government guidelines, a private family funeral will take place for Margaret. Those who would have liked to attend the funeral, but due to the current restrictions cannot, please leave a personal message for the family in the condolence section below.

The funeral mass can be viewed on Tuesday morning at 11am by going to the following link : https://www.claneparish.com/webcam/

The death has occurred of John Dalton
9 Branswood, Athy, Kildare

The death has occurred of Arthur Duffy
Kilcullen, Kildare

Funeral arriving at the Church of the Sacred Heart and St Bridget, Kilcullen on Wednesday morning for 11am requiem Mass, funeral afterwards to St Bridget's Cemetery. Family flowers only please, donations if desired to Home Instead.

Due to current guidelines regarding public gatherings, a private funeral will take place, restricted to 10 people in church. Those who would have liked to attend the funeral but due to current guidelines cannot, please feel free to leave a message of condolence for Arthur's family at the bottom of the page. Funeral Mass will be live-streamed on www.mcnmedia.tv

May She Rest In Peace.

Due to government advice regarding public gatherings a private family funeral will take place on Wednesday with Mass at 1 o’clock in St. Coca’s Church, Kilcock followed by burial in St. Joseph’s Cemetery. Bernie’s funeral Mass can be viewed on https://www.kilcockandnewtownparish.ie/webcam/

Those who would have liked to attend the funeral, but due to current restrictions cannot, please leave a personal message for the Higgins family in the ‘Condolences’ section below.

Bernie’s funeral cortege will leave her home at 12:30am on Wednesday en route to the church, friends and neighbours are very welcome to line that route in a safe and socially distanced manner as a mark of respect.

May Mary Rest in Peace

Due to government advice a family funeral will take place. Removal from Anderson & Leahy's Funeral Home on Tuesday at 10.15am to arrive at St. Brigid's Church, Suncroft, for Mass at 11am. Funeral afterwards to Holy Cross Cemetery, Suncroft. Mary's funeral mass will be broadcast on 108FM.

Those who would have like to have attended but due to the current restrictions of 10 people in the Church cannot, can leave their condolences on the RIP condolence page below.

Due to government restrictions a private family Requiem Mass will take place at 11am on Monday morning (12th April) in The Church of Sts. Mary & Laurence, Crookstown, limited to 10 people. The service will be livestreamed, see link : https://narraghmoreandmoone.ie. Burial afterwards in the adjoining cemetery.