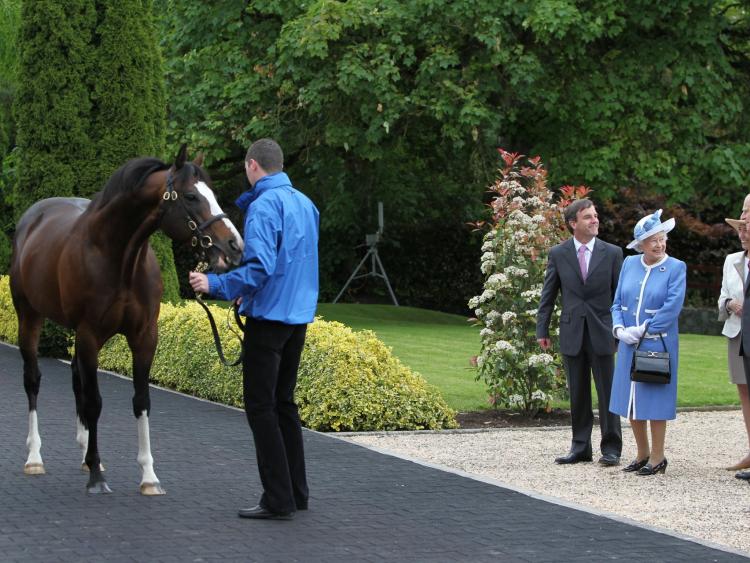 In the aftermath of the death of Prince Philip, the Leinster Leader recalls the occasion when the Queen and her husband visited Ireland.

Stopping off at the Irish National Stud, they enjoyed a warm welcome at the Kildare tourist attraction. 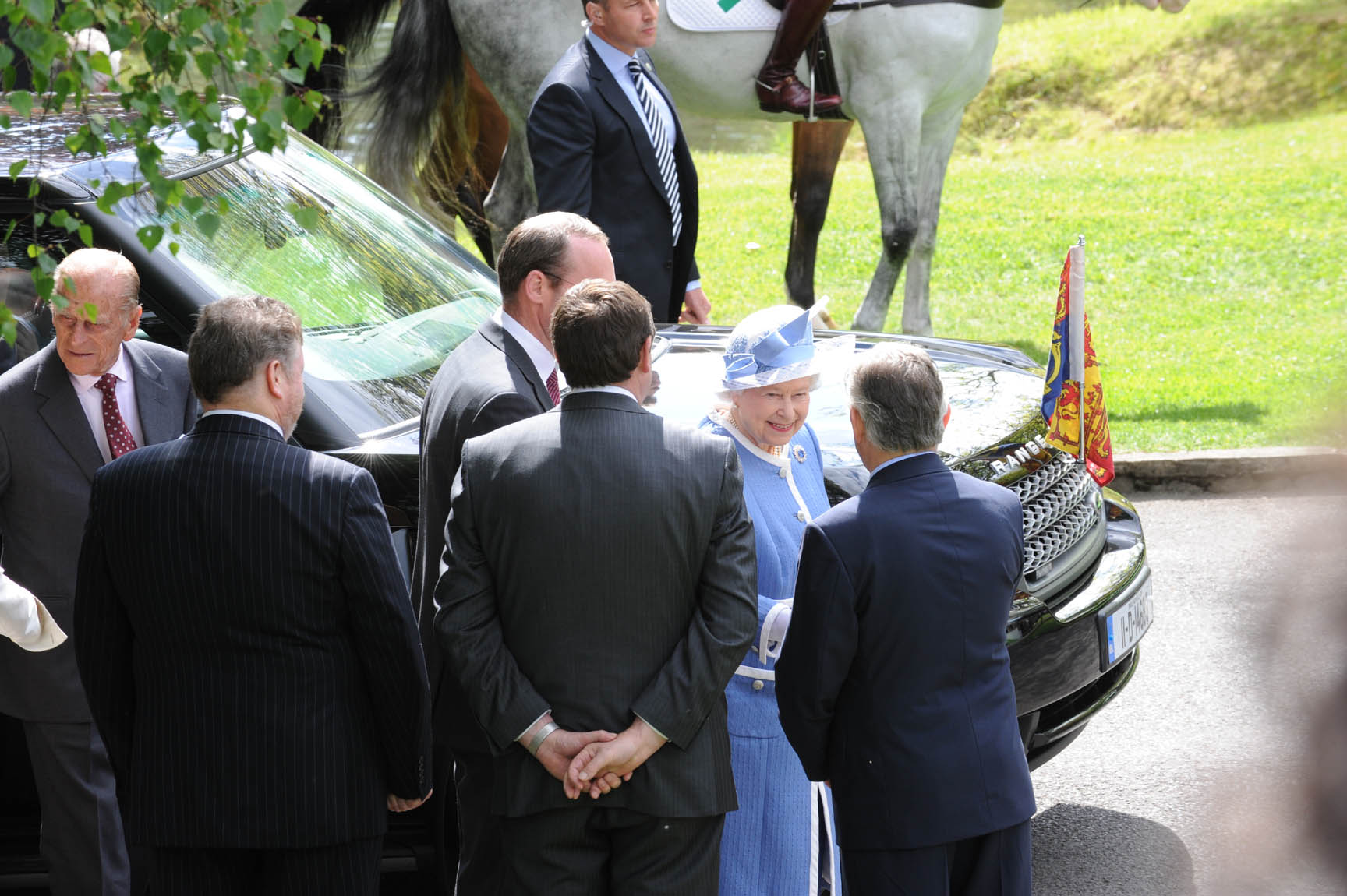 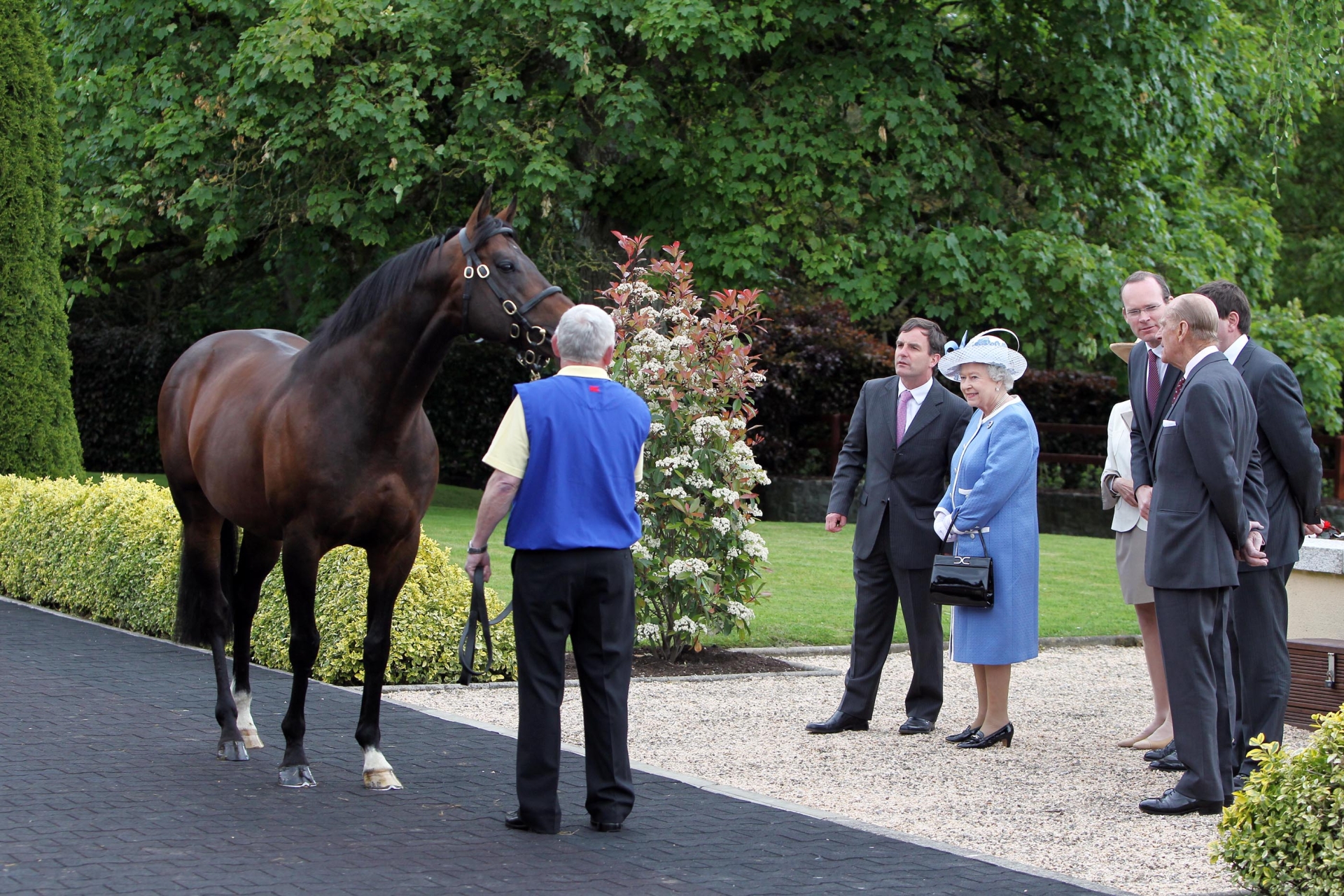 Prince Philip standing far right as the royal party are shown some of the horses.

Kildare native and Ceann Comhairle Seán Ó Fearghaíl, and the Cathaoirleach Senator Mark Daly have extended their sympathy to Queen Elizabeth, her extended family and all the people of the United Kingdom on the death of Prince Philip, the Duke of Edinburgh.

Speaking today they said “On behalf of the Houses of the Oireachtas we extend our sincere sympathy to Queen Elizabeth and family and to all the people of the United Kingdom on the death of their beloved Prince Philip. Throughout his long life he showed an exemplary commitment to public service and was a constant support to Queen Elizabeth. Today a family has lost a husband of many years, a father, a grandfather, a friend and a nation has lost a Prince who represented it with good humour and deep dedication over a long period of time.

“We remember in particular the Prince’s establishment of and commitment to the Duke of Edinburgh awards which was founded by the Duke in 1956 and are present today in over 144 nations worldwide. This youth award scheme is a wonderful testament and legacy to the commitment and essence of public service displayed by the Duke over many years.”

Here is former Leinster Leader reporter, Paula Campbell's account of the visit in 2011.

Queen Elizabeth II was clearly in her element during her flying visit to the Irish national Stud on Thursday morning last, May 19.

Greeted with a round of applause as she stepped out of the royal jeep with the Duke of Edinburgh, even the weather was in her favour as black clouds threatened but failed to dampen the visit.

Her face said it all, a mixture of delight and genuine interest in, not only the stallions Invincilble Spirit and Amadeus Wolf, but talking to champion jockey Johnny Murtagh and the students from Kildare towns Racing Academy and Centre for education ( RACE).

Her love and life long interest in horses provided a common ground for all who attended the historic visit, which began with an escort around the grounds from CEO of the national Stud John Osborne and chair of the studs board, Lady Chryss O'Reilly. The Queen and the Duke of Edinburgh seemed equally intrigued by a demonstration of horse simulator, Henry, which is similar to a rodeo bucking bronco and used to train the student jockeys.

Next, the Queen was shown two student farriers in action, Jason Hogan from Kildare Town and Barry McGrath from Limerick. The students kept their heads down to make a horse shoe as the Queen viewed their handiwork.

"I was delighted to be chosen," said Jason ( 26) who is in his second year of the four year Irish Farriery School course.

"I didn't dare look up - I just made my shoe but I think she was smiling."

Dressed in a corn- flower blue suit with matching hat, the Queen looked radiant as she then went to talk to the students of the stud management course.

"It was absolutely amazing," said student Chris McGrath ( 20) from the Curragh speaking to the Leinster Leader afterwards. "This seemed to be the highlight of the trip for her. There are no words to describe what the Queens visit means to us."

Then it was time for the parade of the stallions where the Queen inspected at close hand Invincible Spirit and Amadeus Wolf. A third, Verglas, was due to be shown but had sadly passed away suddenly just hours before her visit. Handler David Hanratty paraded the stallions with pride as Invincible Spirit showed his worth by rearing up impressively, as if on cue, in front of the Queen.

"It was brilliant to see the Queen in Kildare," he said after the visit.

"I've met her a couple of times at the Royal Ascot. It is great meeting her there because it usually means I have won. Verglas was getting on in age but thats horses for you - its a tough life. Verglas was a champion race horse and a great stallion."

Before her departure, the Queen then unveiled a sculpture dedicated to Sea The Stars, the champion thoroughbred racehouse bred at the national Stud. Designed by artist Anthony Scott, the bronze sphere features all the signs of the zodiac in memory of the founder of the national Stud, ColWilliam Hall- Walker.

Col Walker, who donated the stud farm to the State, was adamant that horses should always be able to see the stars. Herelied, to great success, on a foals horoscope at birth as to whether it would be kept by the Stud or not. The sculpture was described as ingenious by the Queen.

Finally, the royal visitor was given a beautiful bouquet of flowers by eight- year- old Emma Osborne, and then was quickly whisked away to her private lunch engagement at Gilltown Stud in Kilcullen, home to Sea The Stars himself.