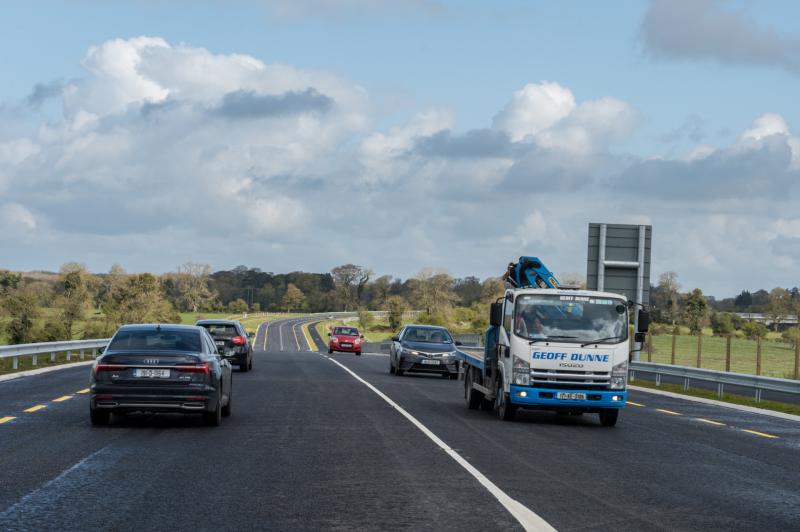 The new Sallins bypass opened  to traffic at 11am today.

The bypass project, which commences at the Naas distributor road at Millenium Park, includes the new Junction 9a/Osberstown interchange, and a new Sallins roundabout and terminates at the Clane Road. It is the second phase of the overall project to be delivered.

The first phase, the M7 widening, was completed and opened to traffic seventeen months ago.

The opening of the Sallins bypass will provide greater accessibility to and from the M7 to Naas, Sallins and environs.

The opening will not include the new link road from the Sallins bypass to
Sallins Village which is expected to open later this year.

The route will divert many of the 22,000 vehicles which pass through Sallins each day away from the village.

The project was costed at €110m and about half of of this was spent on the widening of the M7 to three lanes on either side.