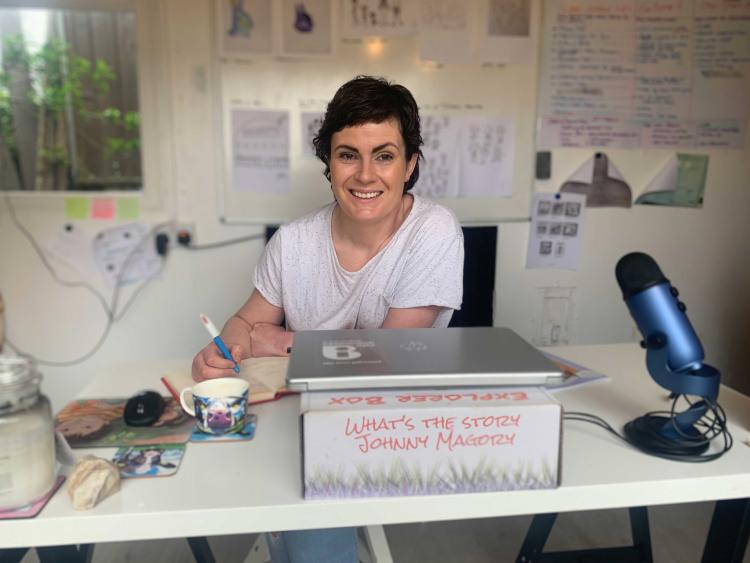 The hugely successful Johnny Magory children's books are to come to life on the television screen in a new animated series.

The good news comes as Kildare author and entrepreneur, Emma-Jane (EJ)  Leeson gets set to release her seventh book in the series - Johnny  Magory and the Farmyard Féasta - to her audiences in Ireland and around the world on April 23.

“The 7th Johnny Magory book, I can't actually believe it. These books started as a hobby and to see where we are now, celebrating two years in business, is unreal. To obtain this funding from Screen Ireland, which I know is no simple task, is a true testament to the work and love that has gone into this book series. I could not be more excited by what the future has in store," said EJ.

The Prosperous resident's books are a celebration of Irish wildlife and heritage, which is reflected in her own life with the author living on a farm and wildlife reserve. Taking inspiration from her own life has seen EJ garner success with her books, a success she looks to share with fellow creatives through her online courses in writing available for both children and adults.

The creative entrepreneur developed her Virtual Hedge School to support and uplift fellow writers aiming for the same levels of success she herself has obtained. One such success has been the recent receipt of elusive funding from Screen Ireland to
produce an animated series based on the Johnny Magory books. This exciting development will see EJ join forces with the incredible team at Elk Studios, who have worked with giants such as CBeebies and Disney Junior, to bring her characters, and Irish heritage, to life on screen.

This latest accomplishment is one in a list of continued achievements for the humble author. Recently, EJ signed up with literary distributors O’Brien Press and Gill Books to bring Johnny Magory onto more bookshelves nationwide.

For now, readers young and old can enjoy a trip to the farm with Johnny, Lily-May, Ruairi and their farmyard friends in Johnny Magory and the Farmyard Féasta available to order online now for delivery by the end of April.