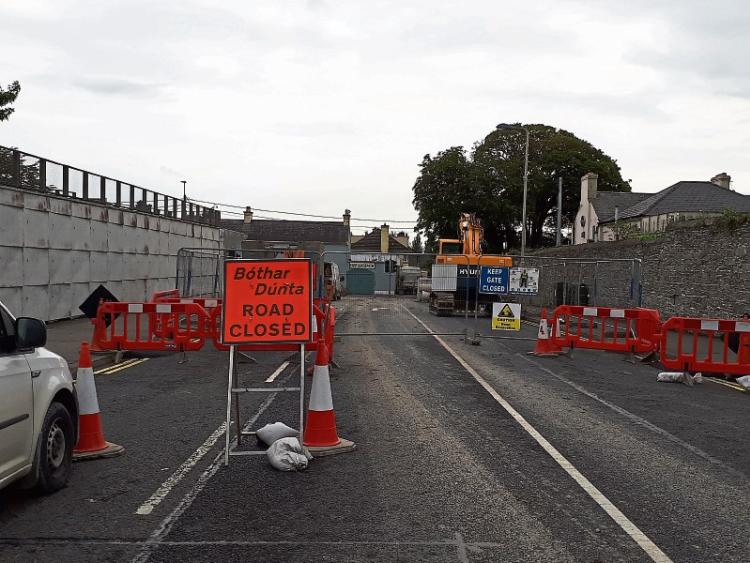 The works at the Newbridge Road, Naas

A section of busy Newbridge road in Naas will be reinstated, Kildare County Council has promised.

This follows a request from Cllr Bill Clear who claimed that the road has not been properly repaired following significant work carried out there by Irish Water.

Cllr Carmel Kelly also wanted to know when IW would be asked to reinstate the road as well as at the Chadwick's junction.

Councillors were told at a Naas Municipal District meeting that following the works, the road was temporarily reinstated to allow for any settlement before the permanent. reinstatement can begin.

This is in line with Irish Water guidance and best practice for schemes of this nature.

The permanent reinstatement programme has yet to begin and a more definitive timeline should be available in the coming weeks.

Meanwhile KCC is liaising closely with Irish Water and its contractor to ensure that the temporary reinstatement is continually monitored, and that remedial works are carried out when required.

The condition of the road has been noted by the council and the contractor has been asked to have this addressed.

Cllr Bill Clear said that a cyclist had fallen off on the road and the area needs to be resurfaced.

Cllr Kelly said that a “patch up job” would not be acceptable.