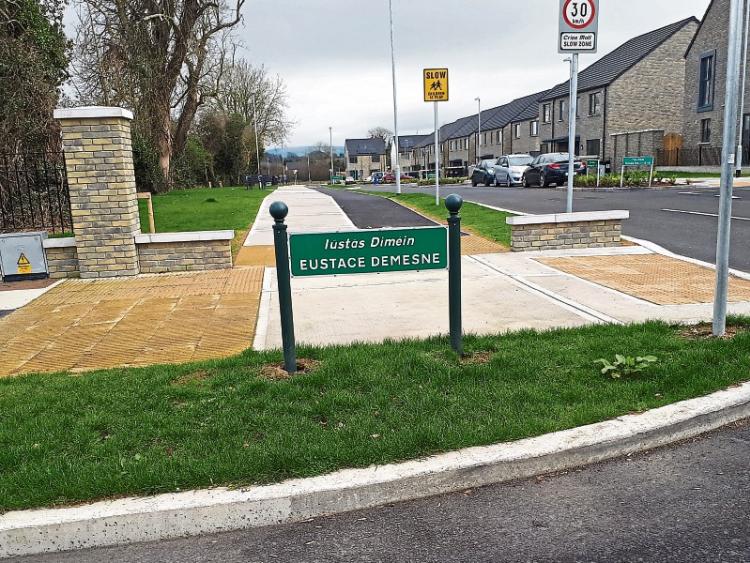 The houses will be near Eustace Demesne, Craddockstown, Naas

Three houses are to be provided in Naas for service users of KARE, which supports people who have an intellectual disability and their families.

The detached homes are single storey and will be built at Craddockstown, near the recently opened Eustace Demesne.

According to KARE’s Alan McCartney, it is an important way of providing facilities for service users with behavioural issues.

Cllr Bill Clear questioned the fact that a footpath from the development will lead through Eustace Demesne, which has 74 dwellings.

Cllr Clear also called for a separate footpath on on the Craddockstown road and said there was sufficient room.

However, KCC official Patrick Harrington told a Naas Municipal District meeting that the width of the road at points along the route did not allow for a footpath.

Mr Harrington also said that one of the conditions of the development is that an engineer be engaged to review the paths and roads.