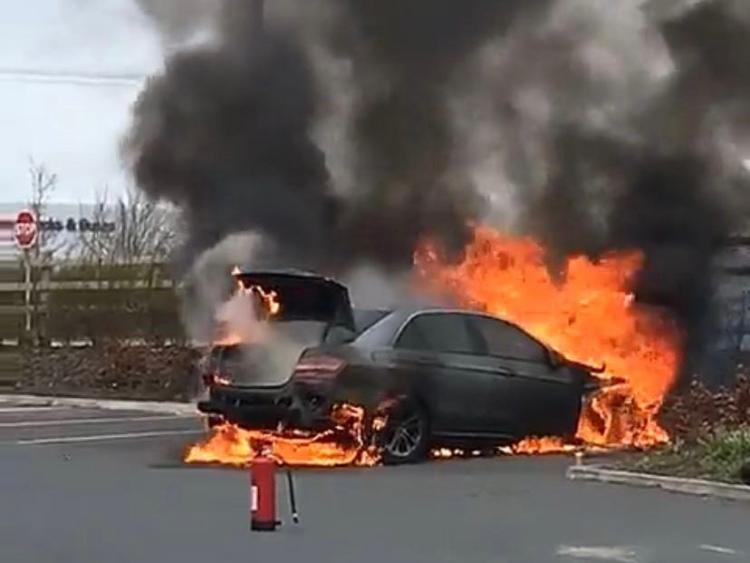 The car was destroyed in the blaze

There were dramatic scenes in Naas yesterday when a fire broke out a matter of feet away from motor fuel storage tanks.

A car was destroyed in a blaze at a service station on the outskirts of the town.

It happened in the courtyard area of the Applegreen filling station on Naas’ Millennium Road - close to the Kerry Group plant - at around 4.30pm.

It’s understood the vehicle - a 2012 registered Mercedes - was on fire before it arrived at the service station. 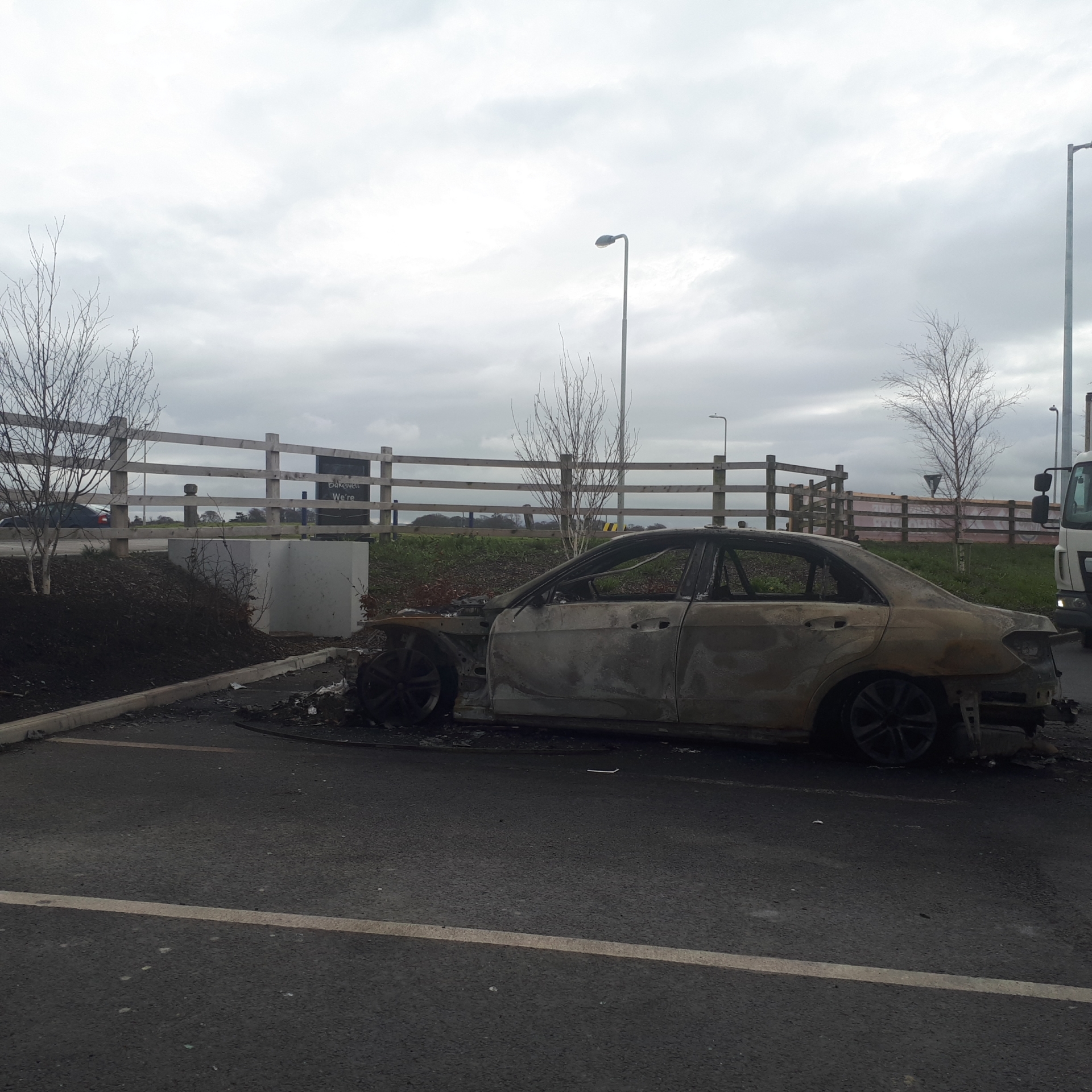 The aftermath of the fire

It’s believed to be owned by a Dublin man, who was en route to Sallins at the time.

“The car was on fire so in accordance with protocol we switched off all of the fuel pumps immediately. The man parked the car away from the pumps and we cordoned the area and alerted the fire station. There was never any danger. We tackled the fire with fire extinguishers and the firefighters arrived within ten minutes and extinguished the blaze. It was too late to save the car and the man was a little upset because he had the car from new, but there were no injuries,” said Mr O’Brien.

It’s believed the driver is unaware of the cause of the fire.

Two fire engines along with a jeep put out the blaze quickly and a garda also attended.

The filling station is one of three run by Applegreen in Naas and the newest of them to open.

It began operating less than two years ago.

The 400 square metre floor area development has a retail sales area of 100 square metres and a restaurant seating area of 107 square metres - along with 41 car park spaces, bicycle spaces and six fuel pump stands, including two stands to cater for trucks and heavy goods vehicles.