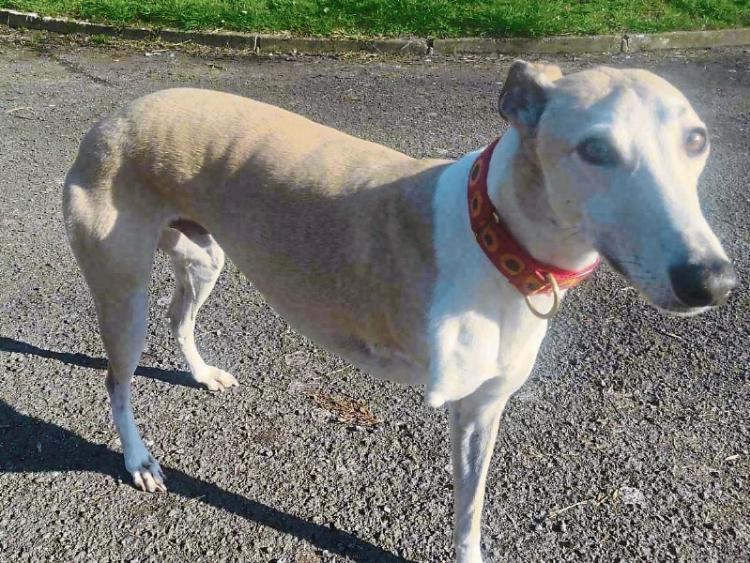 Three-year old Patrick is a beautiful greyhound with a quiet friendly temperament. He is in a much better place today than he was almost exactly a year ago.

He was discovered lying in a ditch by a kind lady who contacted the KWWSPCA. He was named Patrick as his arrival to the shelter was close to St Patrick’s Day.

The dog was in great pain, extremely malnourished and had a very serious leg injury. The vet who examined him estimated that he could have been at least a week in the ditch.

A decision was made to amputate his leg. A fundraiser was set up on our facebook page to cover the cost of the operation and we were delighted to raise over €4,000.

Thanks to the wonderful love and expert care that he received in one of our foster homes, Patrick recovered and quickly learned to adapt to his new life.

He developed new co ordination skills and before long he was running up and down the stairs and chasing around the garden.

His foster home is now his permanent home. He is very good at caring for other dogs who pass through this home. An example of this would be how supportive he was to a small dachshund called Lulu who came to the KWWSPCA.

She was so traumatised that she couldn’t physically move her body. In her foster home, Patrick minded her and gently coaxed her along. Thankfully she too has returned to being a healthy happy dog, who is now rehomed.

Patrick came through a tough time but now he stands tall and is enjoying every day.