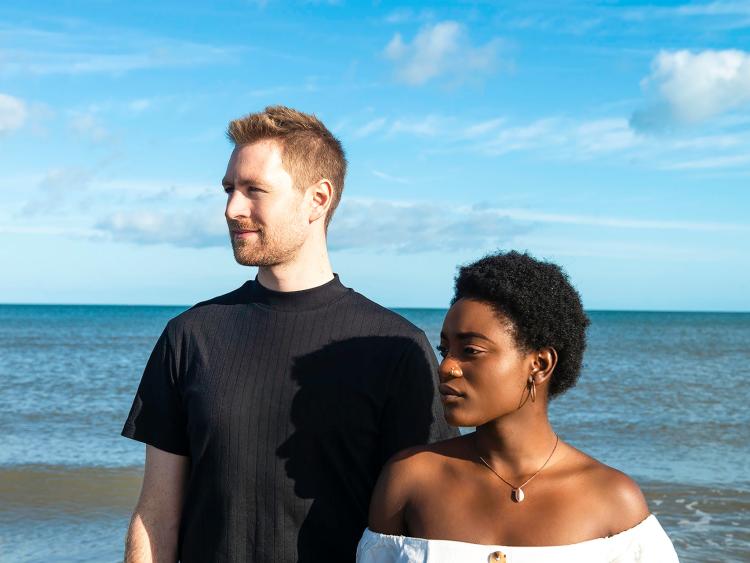 Kildare songwriter Enda Gallery has retired his old pseudonym ‘delush’ and re-released his debut album, The Journey to Zero under his own name.

The Leixlip native performs the lead track, The Greatest Gift with Tolü Makay.

Enda released his album in Spring 2020, during peak Covid breakout, under his old name delush, and this quiet gem slipped out nearly unnoticed. As Enda now reaches a pivotal point in his career, the singer-songwriter has decided to use his own name instead.

The musician and producer, currently working from County Clare, has collaborated with the likes of international artists Kid Simius, Dead Rabbit, Nobody’s Face, and is currently writing and producing for Tolü Makay, Willzee, and Strange Boy.

Enda’s history of producing and enabling these unconventional artists across many genres have gifted him the capability to thoughtfully mix his skills, self-determination, and empathy, with the mastery of his own presence inside of a song.

Gallery is an artist with a real purpose, and that is to create beautiful and liberating art. He takes influence from genre defying artists such as Frank Ocean and Prince - mixed with the deep sincerity of songwriters like Sufjan Stevens, Alicia Keys and even Freddie Mercury. His fresh sense of creative deliverance provides some of the truest realisations and experiences in his songs.

‘The Journey to Zero’ - an expansive reference to Joseph Campbell’s well-known “Hero’s Journey”, is described by Enda as a journey to the source of all creation, our journey home. The nine tracks of the LP represent various situations and stops on this very quest - beginning with apparent separateness, the source of all problems, pain, suffering, self-pity and ego, transition moment of surrender leading to euphoria and finally relief and the knowledge of true freedom.

The record’s lead song 'The Greatest Gift' performed alongside Tolü Makay, was part of the successful TV show 'Ireland In Music' (RTÉ/PBS).

Check out the video on You Tube

The video was produced by Tradfest and Born Optimistic as part of their music TV show ‘Ireland In Music’ with support from RTÉ, the Department of Tourism, Culture, Arts, Gaeltacht, Sport and Media, Fáilte Ireland, Tourism Ireland, the OPW and the local authorities of Clare, Donegal, Dublin, Fingal, Meath, and Westmeath.

‘The Greatest Gift’ features on Enda Gallery’s debut album ‘The Journey to Zero’, which is out now via the Berlin label Welcome to the New World.

To stream or buy ‘The Journey to Zero’ album by Enda Gallery click here.