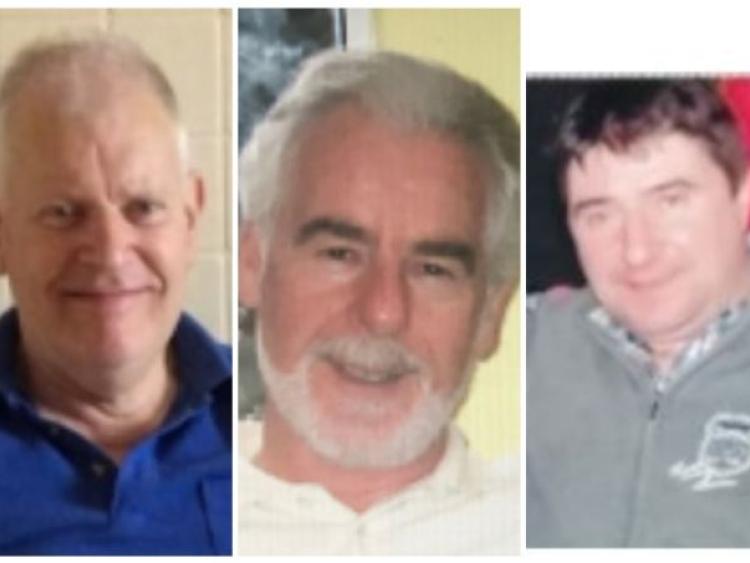 May Dickie Rest in Peace

May Jeffrey Rest in Peace.

Due to the current Covid-19 restrictions there will be a family funeral on Monday at 12 o'clock in St Brigid's Church, Clocherinkoe, followed by burial in Kilrainy Cemetery. Condolences can be left on this page using the link below. You can take part in Jeffrey's Funeral Mass via the following link:

The family would like to thank you for your support at this difficult time.

Due to current government guidelines, a private family funeral will take place for John. Those would have liked to attend the funeral, but due to the current restrictions cannot, please leave a personal message for the family in the condolence section below. John's funeral Mass can be viewed on Tuesday morning at 10.30am by clicking on the following link https://www.claneparish.com

John will be leaving Reilly's Funeral Home, Woods House, Clane on Tuesday morning at 10.15am to arrive at Clane Parish Church for 10.30am funeral Mass, followed by burial in Mainham Cemetery. The funeral Cortége will also be passing through Loughbollard Estate en route to Mainham Cemetery for those that would like to line the route in a socially distanced manner.

Family flowers only, please. Donations, if desired, to https://friendsofstbrigidshospice.ie/donate-now/

Peacefully, at home, surrounded by her loving family. Wife of the late Dick and the mother of the late Declan. Sadly missed by her loving son Paul, daughter in law Rosemary, grandchildren Chloe, Jenna, Abbi and Sean, brothers and sisters in law, nieces, nephews, relatives, neighbours and her many friends.

May Marcella Rest In Peace

In line with Government advice regarding public gatherings, a private family funeral will take place. Those who would have liked to attend the funeral, but due to current restrictions cannot, please feel free to leave a message in the condolence page below.

Removal on Sunday to arrive at the Church of the Holy Trinity, Derrinturn for Requiem mass at 1.30pm. Burial afterwards in the adjoining cemetery.

Marcella's funeral Mass will be live-streamed on the Carbury Parish website at the following link: https://www.carburyparish.ie/our-parish/webcam-derrinturn/

Peacefully while in the loving care of the staff at the Marlay Nursing Home. Sadly missed by his-much-loved and loving wife Mary and his children Michael, Geraldine, Siobhan, Dermot, Sheila and Jerry, daughters-in-law, sons-in-law, his thirteen cherished grandchildren, sisters-in-law Brighid and Catherine, brother-in-law Bartley, and Bartley’s wife Mary, many nieces and nephews in Galway and Switzerland and extended family everywhere. Predeceased by his brother, John and parents Jerry and Margerie. He will also be missed by his many colleagues and former patients from his years working as a psychiatrist with the HSE as well as his many friends, including those in the National Yacht Club, Dun Laoghaire and the wider sailing community.

May he Rest in Peace.

A private family funeral is taking place at this time due to Government restrictions. For those who wish to follow the Mass online please go to this link https://www.marleygrangeparish.ie/our-parish/webcam/ at 11:30am on Tuesday, 16th of March. Messages of sympathy may be left for Jerry’s family in the section below marked “Condolences”

Slattery, Declan Peter, on March 8th 2021, Alicante and formerly Drimnagh and Naas. Peacefully, following a short illness in the loving care of his heartbroken family, beloved wife Marie and devoted sons Conor, Declan and Emmet. Predeceased by his brothers Frank and Barry. Very sadly missed by his sisters Barbara and Grace and brothers Adrian and Finian, brothers-in-law, sisters-in-law, nieces and nephews and so many friends at home and abroad.

A Memorial Service will take place in Spain and also in Ireland at a later date.