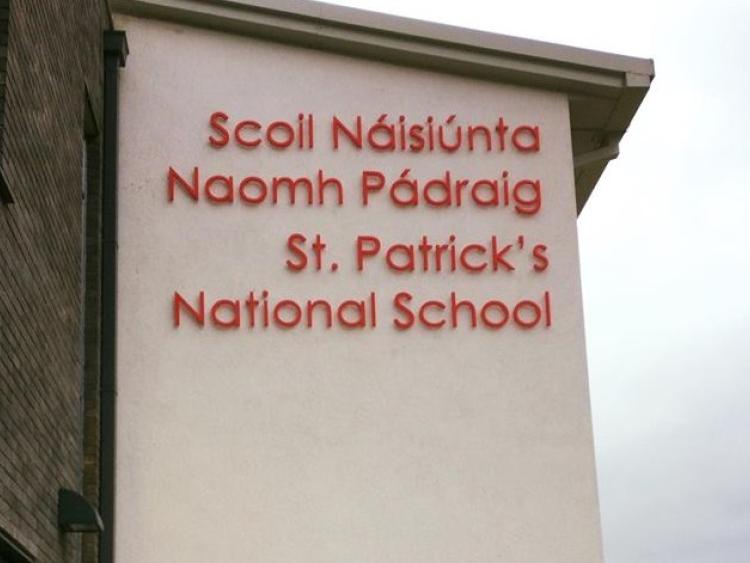 A new ASD unit and four new mainstream classrooms have been approved by the Department of Education for Rathangan Boys National School (St. Patricks NS).

“The approval for this additional provision for the Boys national school, on top of the recent approval of a very significant extension for Ardscoil Rathangan is a reflection of the significantly growing population in the area. I congratulate principals Sean Begley and Paul Murphy and their boards of management on their progress on these plans. There is also good news for Kildangan National School who received approval this week for a new ASD classroom” Minister Martin Heydon stated.

In his ongoing engagement with the Department of Education and his Ministerial colleague Norma Foley, Heydon said he continues to raise the need to prioritise the provision of further secondary school places across Kildare South.

“Over recent weeks and months both I and my local councillors have continued to engage with concerned parents who are still waiting to secure a place at second level in their local school next September for their son or daughter. Issues are arising in Kildare Town, Newbridge, Monasterevin, Kilcullen, Athy and Naas. I have been liaising with department of education officials and I have again raised the main issues directly with Minister Norma Foley, outlining the short term and medium-term approaches needed to resolve these issues and thus preventing other parents and students having to experience similar stress in the future," he said.

“One of the present difficulties the Department has faced is quantifying the exact number of additional places that are required for next September in the region. As there is no combined application process agreed between the schools in the area, many students are double counted as they are on more than one waiting list or may already have been offered a school place but they still remain on other waiting lists.

"The Department and local Kildare schools need to work closer together in the coming weeks to identify exactly where additional accommodation can be delivered for next September while working on the longer-term plans of increasing capacity across the region."

He also said that progress has been slow on plans to deliver a new school building to replace the Curragh Post Primary School and serve surrounding hinterland catchment areas.

"It is essential that progress is made on this major school building project as soon as possible to deliver much needed school places and alleviate pressure from the surrounding secondary schools. The project is now awaiting final site selection and this needs to be urgently progressed to get this critical project moving," he added.

“It is also crucial that progress on the new school build for St. Paul’s in Monasterevin remains on schedule and is completed in September 2022 as promised. I have also asked the Minister to consider engaging with the patron on possible alternative educational uses for the old school building once the new school is completed, given the substantial investment in modular buildings and a new science prefab room in the old school."

He pointed out there are a number of school extension projects ongoing in the areas that could help address the capacity issues if they are accelerated.

"I have asked that the proposed extensions at Cross and Passion College Kilcullen, Patrician Brothers Secondary School, Newbridge and Athy Community College be expedited. The delivery of a requested extension of St. Kevins Community College Dunlavin would also help to alleviate pressures in their Kildare catchment area.

“The approval of 5 new temporary accommodation units for Athy Community College (3 main classrooms, 1 science room and 1 art room) illustrates the need for the urgent progression of the planned extension of the school to bring it from a 400 pupil school to a 1,000 pupil school. I continue to push for this project to progress to stage 2B, detailed design phase of the school delivery process, as soon as possible."

Meanwhile, Senator Fiona O'Loughlin issued an urgent call to the Department to make a decision on a new school for the Kildare/Newbridge/Curragh area and has said that she is ‘beyond frustrated’ with the lack of information being made available on the issue.

“I am issuing one last call to the Department to give us news on the new secondary school we so desperately need. We have children in Newbridge, Kildare Town and surrounding villages such as Suncroft and Milltown with no school places for September.  I am answering calls to parents from all local neighbouring towns, and know that schools such as the Curragh ETB are bursting at the seams with overcrowding.

"I have brought this issue up time and time again with the Minister and Department of Education and I understand that potential sites are being assessed, but we need at the very least to have that decision made and publicised. In my view two years were wasted by the last Government maintaining that they would get a site on the Curragh, I always believed that this was unrealistic, and that time would have been better spent scoping out alternative sites, which to be fair Minister Foley started when she came into office.

“At this point, The Minister and her officials must once and for all make a decision on a site and get moving on it.  Parents and students deserve to at least be updated with what progress, if any, is being made behind the scenes.  Frustration levels have really reached a critical level and families deserve answers.

“My preferred option would be for a school site closer to the Newbridge side of the Curragh but I am conscious that students are being impacted all over this side of the county and not just in Newbridge town. These surrounding areas need to be catered for particularly when some of them do not feed into any one particular secondary school. We need a site that has good infrastructure, accessibility and adjacent to good transport links.

“I ask that Minister Foley provide an update as a matter of urgency, and will be raising in the Seanad again this week “concluded Senator O’Loughlin.