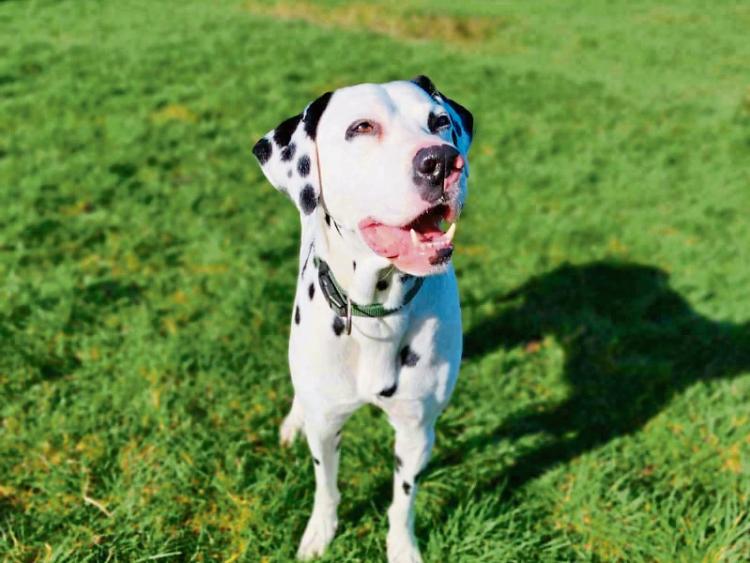 English aristocrats during the early 1700s were among the first known to use Dalmatians to accompany their carriages.

They ran alongside for miles, discouraging stray dogs from interfering with the horses. The dogs became a status symbol of sorts, the more Dalmatians you had running beside your coach, the higher your social standing.

They were also extremely popular with firemen at that time, who kept the dogs to clear paths through town for their horse-drawn fire engines. The dogs were easily trained to run in front of the carriages to defend the horses from other dogs or animals that could spook or attack the horses during the ride.

A beautiful three-year-old pure bred Dalmation called Max came into our shelter recently. He was a very nervous dog. Going through doorways, sudden noises, meeting people, the least thing would cause him to cower and shiver with fear. He came from a home where there was another dog that he did not get on with, so he spent a lot of his life alone in a shed. As a puppy he was not exposed to everyday things and had little opportunity for socialization. Dalmatians need so much exercise and proper training.

We asked Animal Behaviorist Iveta Kalvane of Pakleaders K9 Services to take Max into her home in Clonroche Co Wexford.

Her belief is that when handling nervous dogs, knowledge replaces fear. She has been gradually introducing Max to new situations that stimulate deep fear for him. She makes sure not to overreact herself but to ignore him.

Iveta believes that people unintentionally can enforce dogs to feel the wrong way.

“So many people make the mistake of reacting with compassion when a dog has a repetitive fear reaction.” she said.

“The dog takes this ‘oh the poor dog, you’re ok’ response as telling him that his constant fear reaction to the threat is the correct one”.

Her approach is to ignore his reaction so that he learns that there is no actual threat. She has used different methods around her home to create noises, introduce him to uneven surfaces and other sensory things that frighten him. She exposes him to the fear but then totally plays down her reaction to him.

Already she is seeing a really positive response.

“Max is much calmer now because he sees my reaction. If I dropped a fork when he first came to live with me, he would completely freak out. Now, when noises are created to test him, he sees no reaction from me. He has learned that he is safe and this builds his confidence and trust”.

Iveta is less than a month into the programme with Max and she feels that it could be several more months before he will have overcome all his fears. Thanks to her expert knowledge Max is progressing really well and has a chance of a normal happy life.

The Kildare & West Wicklow Society for the Prevention of Cruelty to Animals (KWWSPCA) is a Registered Charity which investigates and deals with reports of cruelty and neglect to animals, family pets, wild animals and birds, horses and ponies, throughout Kildare and West Wicklow. The Society is run entirely on a voluntary basis, there are no paid employees.