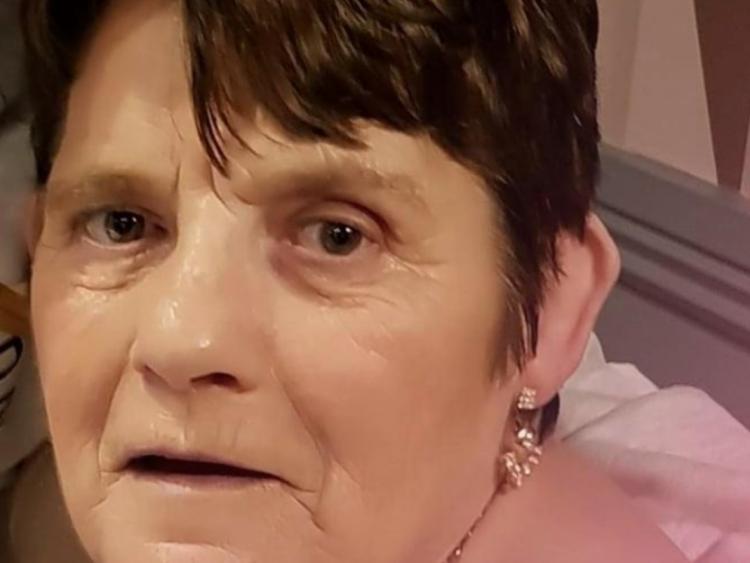 “My mother Margaret died in Naas Hospital during the first lockdown. We didn’t get to say goodbye to her, we didn’t get to pick her coffin in person — only online — and we could not get flowers anywhere,” said Sinéad.

“We did not get to see her laid out in the coffin in the clothes we picked out for her. Because she died on the Tuesday before Good Friday we had to wait until Saturday for the funeral to take place. There are no funerals on Good Friday and the other days were booked out. We couldn’t meet up the way grieving families normally can as a funeral and a Month’s mind mass didn’t take place.”

Funeral numbers were restricted to 25, which meant that many members of the extended family — Ms Aylesbury was one of a family of 14 and had 12 grandchildren — would not attend.

The family hoped to have the headstone up by Margaret’s birthday on October 7 but the stone to be used has to be shipped in and the pandemic slowed sea traffic.

The family’s hope to have the headstone in place by her first anniversary is beginning to look forlorn.

Sinéad says that other local authorities like county councils in Carlow and Kerry allow headstone to be put up despite the restrictions.

Carlow County Council originally put a stop to the work of monumental sculptors but a week ago they overturned this decision.

When questioned in the Dáil towards the end of February, the Minister for Health Stephen Donnelly said that “funeral, burial and related services” are listed as essential works.

Sinéad believes that this work covers the erection of monuments and says that given the open aspect of St Corban’s Cemetery and the fact that no more than two people are needed to do the work, there’s no reason why it can’t happen in safety.

In a statement to the Leader, the council said “unfortunately, the erection of monuments is not considered essential construction work during the current Level 5 Covid-19 public health restrictions, and therefore, work of that nature cannot be carried out at this time.”

It added: “this type of construction work will recommence in line with public health guidelines, as soon as the necessary easing of restrictions allows for it to do so.”