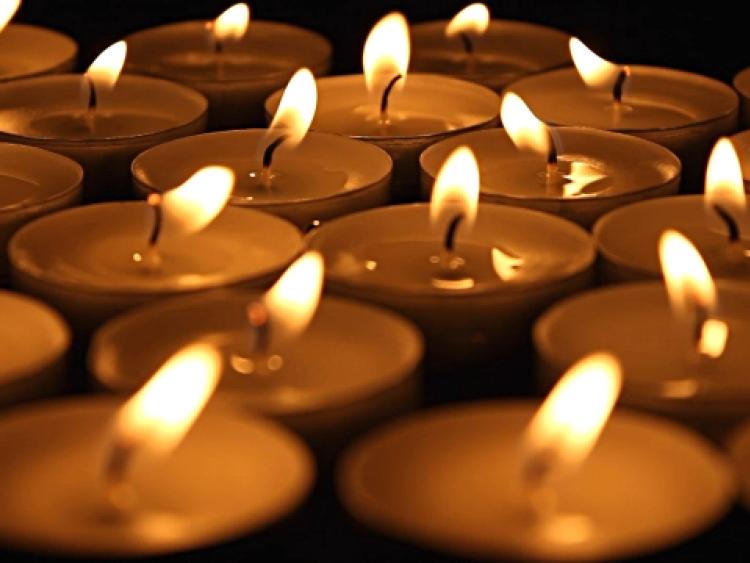 March 3.  Séamus will be sadly missed by his beloved wife Sheila, son Luke, and daughters Annie & Ciara. Seamus is survived by his six siblings Tom, Rita, Des, Ger, Joe and George as well as his sister-in-law, nieces, nephews, and the many lives he touched in both a personal and professional capacity.

Due to current restrictions and guidelines Séamus' home and funeral will be confined to family and friends. Séamus' Requiem Mass will be celebrated in the presence of his family, on Saturday 6th March at 11am, in the Church of the Immaculate Conception, Castlecomer, followed by interment in Donaghcumper Cemetery, Celbridge, County Kildare. Séamus' remains will be reposed at his home from 7pm on Friday, 5th March. The Requiem Mass will be live-streamed on Saturday at the following link: https://www.castlecomerparish.ie/webcam/

Those who wish to pay their respects en route may do so, social distancing guidelines must be adhered to at all times.

A message of sympathy can be left by using the Condolence Book at RIP.ie.

Séamus' family would like to thank everybody for their support and understanding in these difficult days.

March 2. Peacefully at Connolly Hospital, Blanchardstown. Beloved wife of the late William and dear mother of Maureen, Patricia, Paul, Carmel and predeceased by her daughter Michelle. Sadly missed by her brother Eddie, daughters, son, grandchildren, sons-in-law, daughter-in-law, nephews, nieces, relatives and friends. A private funeral will take place due to government advice regarding public gatherings. Those who would have liked to attend the funeral; but due to current restrictions cannot, may view Maureen’s funeral Mass online on Friday 5th March 2021 at 11am by following this link; https://confeyparish.ie/

You may also leave your personal message by selecting “Condolences” at RIP.ie or alternatively leaving a message at www.cunninghamsfunerals.com.

March 3.  Formerly of The White House, Ballyteague. Wife of the late Larry. Sadly missed by her loving daughters Angela, Liz and Alison, son Tim, grandchildren, great-grandchildren, brothers-in-law, sisters-in-law, nephews, nieces, relatives, neighbours and friends. Due to current government guidelines regarding public gatherings, a private family funeral will take place. Those who would have liked to attend the funeral, but due to current restrictions cannot, please feel free to leave a message in the condolence page at RIP.ie. Removal on Friday morning to arrive at The Church of The Holy Trinity, Allen for Requiem Mass at 11am. Mass will be live-streamed on the Farewell friends Facebook page www.facebook.com/farewellfriendslivestreaming/

March 3. Peacefully at home. Predeceased by his son Tony. Deeply regretted by his loving wife Mary, daughter Debbie, son Jason, stepsons Patrick and Bernie, stepdaughter Maria, grandchildren, great-grandchildren, sister Teresa, brother John, brother-in-law Liam,nieces, nephews, relatives and friends. Due to government guidelines regarding public gatherings a private funeral will take place for family and close friends. Reposing at his home on Thursday from 4pm until 7pm for family and close friends. Removal on Friday to S.s Mary and Laurence Church, Crookstown for Requiem Mass at 11am followed by cremation in Newlands Cross Crematorium for 1:20pm. Family flowers only please. The funeral can be viewed at www.narraghmoreandmoone.ie Those who would liked to attend but due to current restrictions cannot ,please leave a personal message in the 'condolences' section at RIP.ie.

March 1. Peacefully at Naas Hospital, beloved husband of the late Eileen and father of the late Thomas (Tony), deeply regretted by his loving daughters Ann, Noreen, Marie and Cathy, sons-in-law, grandchildren, great-grandchildren, brother Timmy, sister-in-law Margaret, nieces, nephews, relatives, special neighbours and friends. Due to current government guidelines, a private family funeral will take place for Thomas. Those would have liked to attend the funeral, but due to the current restrictions cannot, please leave a personal message for the family in the condolence section at RIP.ie. The funeral cortège will be leaving Thomas' residence on Friday at approx. 12.30pm to arrive at St. Benignus Church, Staplestown for 1pm Funeral Mass, followed by burial in Staplestown Cemetery, if people would like to line the route in a socially distanced manner.  Family flowers only, please. Donations, if desired, to Friends of Naas Hospital. For all enquiries, please contact Oliver Reilly Ltd. Funeral Directors on (045) 868230.