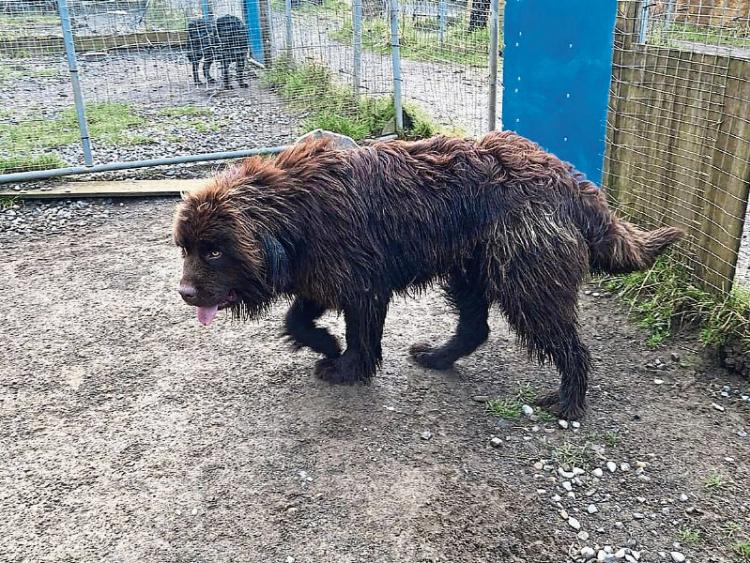 Shrek before his grooming session

Shrek, a one-year-old affectionate cuddly Newfoundland came into our shelter recently. This breed originated in Canada, becoming popular in Europe in the eighteenth century with sailors because of their ability to perform water rescues. They have a double coat with an oily water-resistant outer coat which perfectly suits their strong desire for swimming.

Newfoundlands need to have their shaggy coats brushed at least twice weekly. If they are not groomed properly, their coats get matted and grow under the skin, which causes constant pain and distress.

This was the case with Shrek, who was never groomed. Angela Breslin of Posh Paws Grooming came to our rescue, as she has done on many occasions before. She offers her time and expertise at no cost to the KWWSPCA.

Angela said that you could see the pain in the dog’s face when she was washing him. “He had his head down with the sheer weight of the coat,” she said.

The grooming process took four long hours of carefully separating and removing hairs while making sure not to hurt Shrek.

Volunteer Sarah, who assisted, said you could see that Shrek was getting happier as layer upon layer was removed.

“He trusts the groomer, knowing that she is helping him and will regularly lick your hand to demonstrate this,” she said.

For Angela the reward is seeing a happy dog afterwards, feeling much lighter in himself. Because she knew it would be a long session, she brought a ham roll in her handbag. Unfortunately for her, Shrek’s eyes fixed on it and in a split second he had eaten it!

He is now settled in his permanent home with a spring in his step. 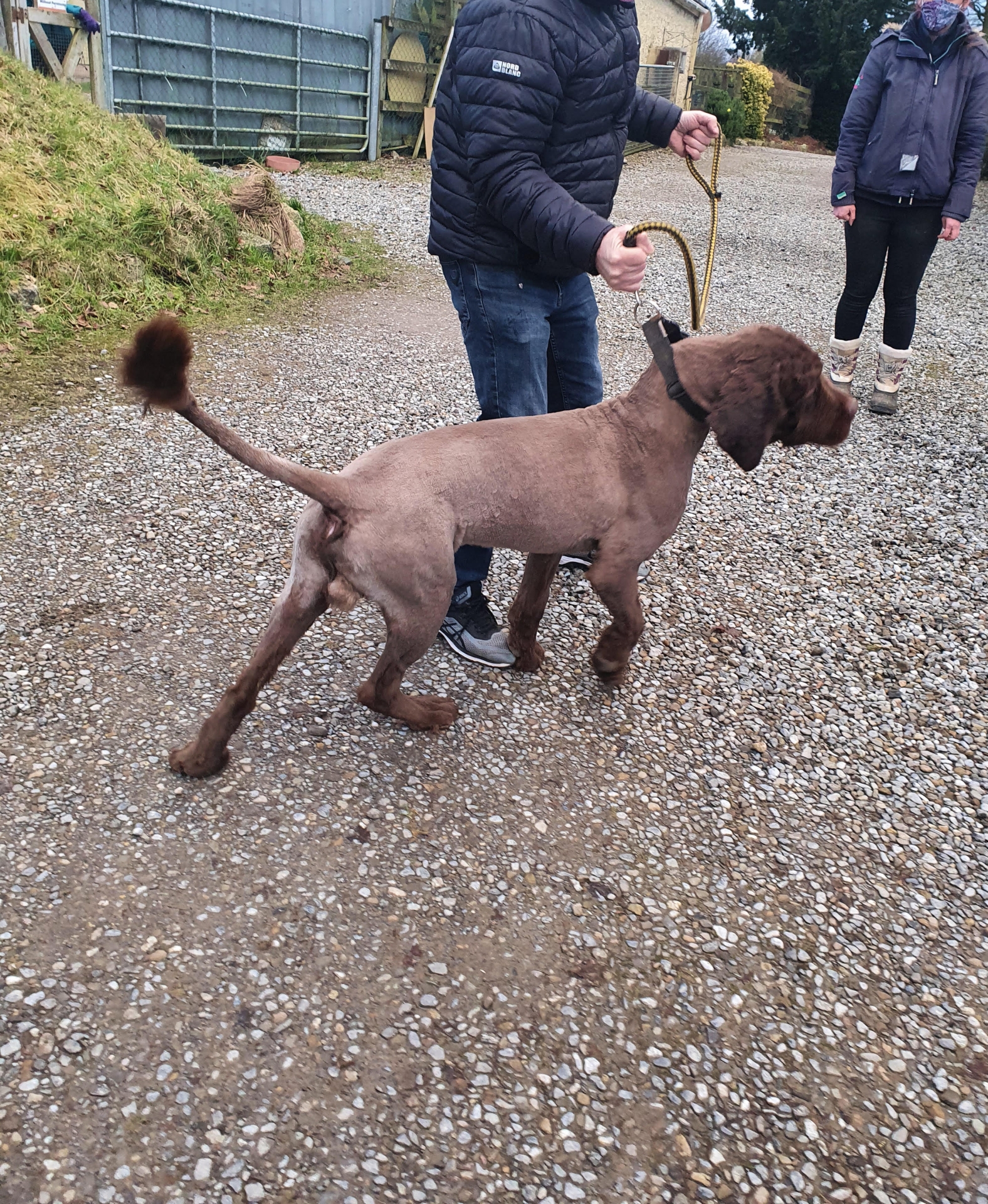