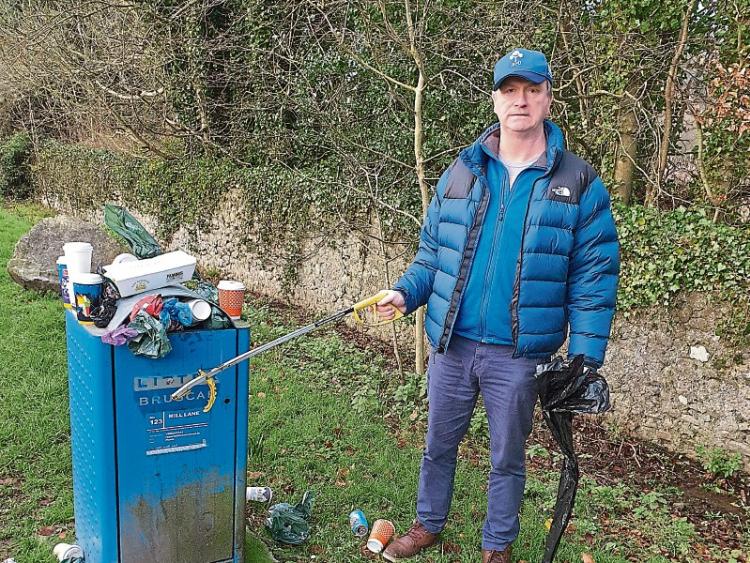 Bin collections and street cleaning in Naas are to be reviewed.

This follows a call for action to ensure that bins are emptied more frequently and the streets are cleaned more regularly, at a Naas Municipal District meeting.

Cllr Bill Clear said there was a significant amount of overfull bins at amenity areas in the town like the lakes at Ballymore Road, the Grand Canal and Monread Park.

He said that most of the litter in Naas is around the bins rather than in areas between where the bins are provided.

The problem is not as acute as it was at Christmas, he added.

Nevertheless, people are walking more regularly and staying within five kilometres of where they live — and this means that more litter is generated and the problems of overflowing bins and litter are more noticeable.

He said the existing bins cannot cope with the amount of litter that's being generated and while the Tidy Towns group had lent a hand, its members should be complementing the work of Kildare County Council, rather than the other way around.

Cllr Carmel Kelly called on the council to take a lead and said that the solution should not have to be “volunteer led”.

“I get calls when the bins in the playground in Sallins get full,” said Cllr Kelly.

Cllr Colm Kenny said that bins are needed on the road but he hesitated to make a request until the existing delays are dealt with.

KCC official Ken Kavanagh accepted that the problems have been apparent for quite a while and part of the difficulty is that the responsibility for keeping Naas clean is divided between two sections of KCC.

“We’re trying to get a resolution,” he said.