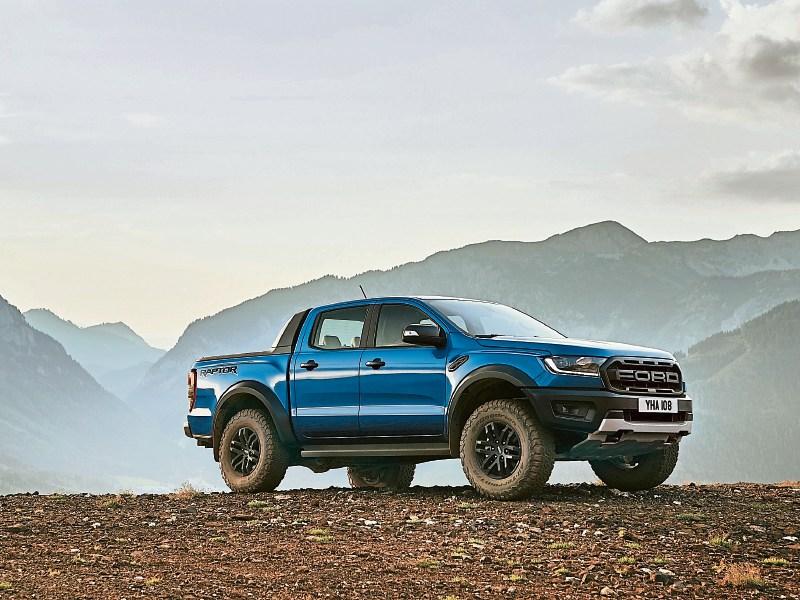 Ford has launched the new Ranger Raptor — the toughest and most high-performing version ever of Europe’s best-selling pick-up.

Developed by Ford Performance for the true enthusiast off-roader, the first-ever Ranger Raptor is now available to thrill-seeking customers in Ireland. The new Ranger Raptor is powered by a Bi-turbo version of Ford’s 2.0 litre EcoBlue diesel engine that delivers 213 PS and 500 Nm of torque, and is mated to Ford’s new 10-speed automatic gearbox.

The commanding presence delivered by the ultimate Ranger’s imposing dimensions and extreme styling is supported by a unique Ford Performance chassis optimised for high-speed off-road driving and go-anywhere capability.

The one thing that really grabs attention with the Ranger Raptor is its sheer size. Park a Raptor on the street and it will dwarf a standard Ranger by a considerable amount, as it is the Raptor’s bodywork that really makes it stand out from the crowd. The Raptor’s standard BiTurbo 2.0-litre EcoBlue engine allows for swift acceleration for this type of off-roader, with the 0-100km/h sprint achievable in just 10.0-seconds, while fuel economy of up to 31.7mpg is possible on a combined driving cycle.

The Ford Ranger Raptor has carved itself a unique place in the market simply because it’s like no other pick-up currently on sale. The engineering modifications have turned the already likeable Ranger into a seriously impressive vehicle — both on and off-road. The Ranger Raptor is priced at €63,950 (ex-delivery), and is on sale now.