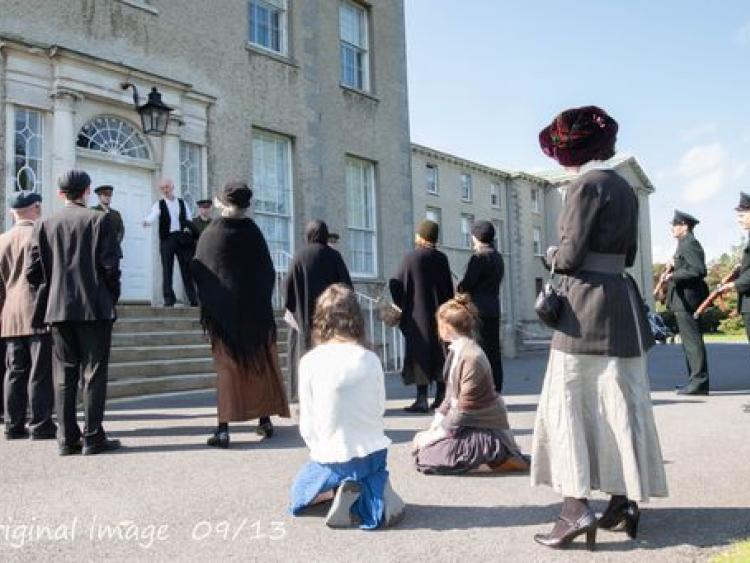 A special Kildare theatre project,  “Fractured,”  is being released on podcast on February 21.

Down at Heel Productions has battled Covid restrictions since early last year to produce the drama series.

Having had to abandon its initial plans for live stagings, it managed to record and edit eleven episodes of “Fractured - A Family, A Nation, A Dream,” before lockdown.

It will start releasing them, as  podcasts, on February 21 to coincide with the Maynooth ambush.

Down at Heel spokesperson, Martina Reilly, said: “We are releasing one a week, the hope being that by the time we get all eleven out, lockdown will have eased and we can record the rest.”

The podcasts, which have been created in fifteen minutes blocks, are  free.

“Fractured” is a set of stories about a fictional family living through the War of Independence and the beginnings of the Civil War in Maynooth.

Everyone involved is from Kildare, writers, actors and  techies.

Martina said everyone has been working for nothing basically and they would love to be able to pay them something in the future.

The project was originally due to begin live in May 2020.

The aim was to produce two years of free plays for the inhabitants of Maynooth and the wider Kildare area.

Martina said: “The plays are not just plays, put together they become a theatrical soap opera, telling the story of the fictional Barry family, living through the War of Independence and the beginnings of the Civil War in the Kildare of 1920 - 1923.”

Two ‘episodes’ of Fractured were to have been performed twice a month in site specific public locations, starting in May 2020 and finishing up April 2023.

These venues included  Brady's pub, which had been prepared to donate their space for free. As it turned out, the public performances had to be abandoned and  podcasts had to be created.

One of the options for the podcast was recording at the Maynooth Conference and Accommodation Centre.

They were confined to six people using the room at a time and had to break the scenes so they could accommodate four to five actors. “We decided to create eleven episodes to start with and we rewrote the series for radio,” said Martina, one of four Kildare writers involved - the others were Claire Joyce, Joe Bergin and Brendan Farrell.

Martina, author of adult and children books said :”Fractured has mystery, love, sacrifice and intrigue - all the stuff  of good drama.

The podcasts start on February 21 and can be heard on Down at Heel’s Facebook page as well as other platforms.

At some stage, when Covid restrictions are lifted, they hope to bring some episodes live, including one from the first meeting of Kildare County Council.