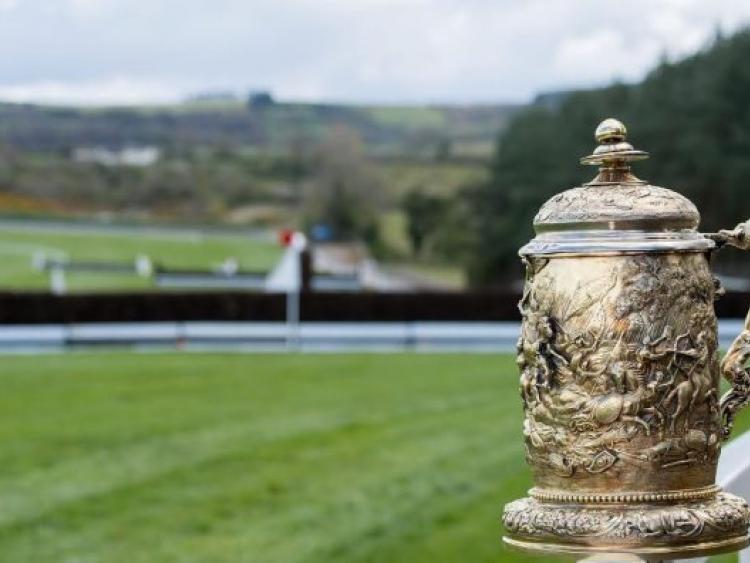 A question of what is “essential work” will  arise in a case against a 30 year old man charged with breach of Covid travel restrictions when operating a drone near Punchestown racecourse last month.

The case is scheduled to be heard next week, on February 10.

James Denton is questioning the motivation for his arrest suggesting that it has more to do with his work in filming races.

He is also charged with failing to comply with the direction of a garda.

The State is alleging he was  present at Punchestown without good reason around 1.50pm on Monday afternoon, January 18.

On January 19, Mr Denton questioned the motivation for his arrest suggesting that it has more to do with his work in filming races.

It is the prosecution case that Mr Denton was NOT providing an essential service when filming races.

But at Naas District Court on February 2, David Powderly, solicitor for Mr Menton, said that he would be relying on the rules about what qualifies as essential work in Mr Menton’s defence.

He also said that Mr Menton would have dashcam footage which he planned to use evidence and asked  the court to facilitate that.

Mr Powderly asked for an early hearing due to the bail conditions sought by the State and applied to Mr Denton.

On January 19, Mr Denton was remanded on bail but on condition that he stay at a county Kildare hotel - reporting restrictions were put on naming it - and notify gardai if he wished to leave.

Judge Zaidan commented that day that this drone activity was a bit unusual and asked Mr Denton if he got licences to fly drones. No information was given by Mr Menton on this.

Sgt Kelly said the accused was flying the drones over the horse races.

Judge Zaidan said he liked to think that Mr Denton had permission to fly the drones over the course.

Sgt Kelly said that all that was being alleged is that he had breached the Covid 19 travelling distance regulation and had refused to  comply with garda directions. Mr Denton was putting people at risk, said Sgt Kelly.

Mr Powderly responded on January 19 that Mr Denton is “questioning the motivation for the charge and that there is an objection to this type of work which is not welcome.”

Mr Powderly said Mr Denton believed his arrest was “motivated by other concerns” rather than Covid 19 rules.

The solicitor said his client had been tested in the UK for Covid before he came to Ireland and was clear. “He is not socialising or engaging with numbers of people.”

He said the only issue is whether the work in which Mr Denton was involved was essential or not.