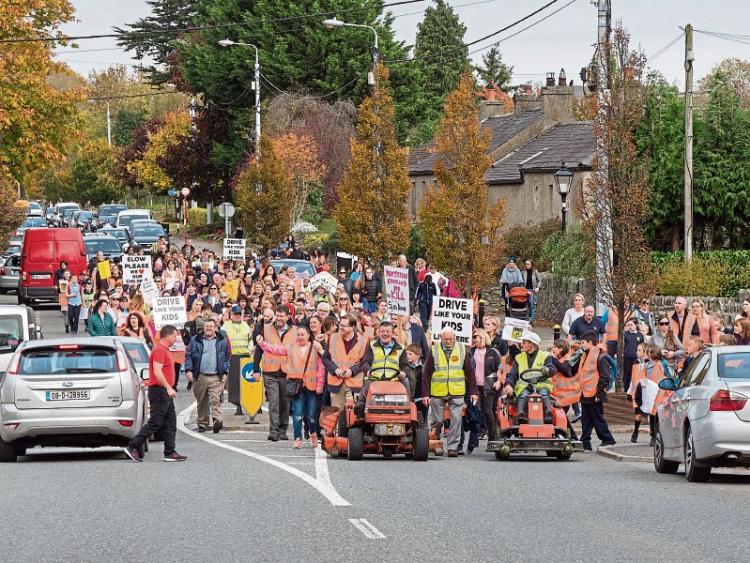 The new pedestrian crossing in Kill will be operational by the end of June, at the latest.

That’s according to Kildare County Council.

The local authority is awaiting a design to be finalised — and this will be followed by a tender being sought and the work carried out.

The council hopes that the work will be completed in the second quarter of this year, subject to Covid-19 restrictions.

Naas Mayor Fintan Brett pointed out at a recent Naas Municipal District meeting that the councillors were originally told it was hoped to have the work done by the end of March.

The crossing was approved late last year following a long campaign by residents and political representatives.

It will replace a temporary crossing which was put in place about two years ago following an accident in the village centre involving a school pupil.

The accident led to a protest walk by parents and children attending the Scoil Bhríde primary school through the village, seeking a traffic light system.

But the lights were removed about a year and a half year ago — after works on the widening of the M7 to three lanes of traffic were completed.

Kildare County Council felt that this project would lead to a decrease in the amount of traffic coming through the village.