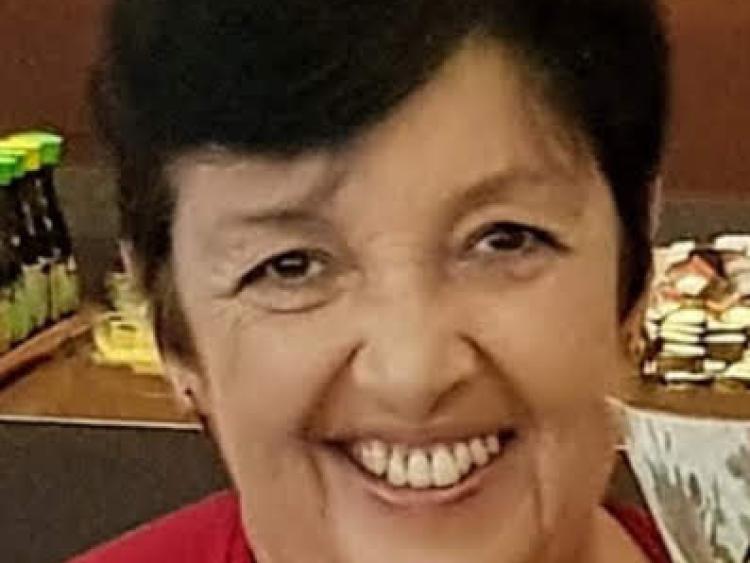 In the first of our Life in Lockdown series, Niamh O’Donoghue talks to Rathangan’s Sr Celine Conway who is working in the Brazilian missions helping those less well off to earn a living.

Living life in lockdown has been a challenge for all of us. However, it has been even harder for those in poorer countries. This week, we talk to Kildare’s Sr Celine Conway who is working with the Brazilian Missions in Campina Grande. She has set up an adult literacy programme to help people to read and write.

The Kildare sister also runs a co-op where locals sift through the city’s rubbish to identify recyclable items to sell them to the recycling companies.

Another initiative set up by Celine in 2010 is the Touch of Hope Foundation, which provides training for back to work courses leading to job opportunities and financial independence; personal, community and cultural development; citizenship and care of the environment.

These courses are conducted by the local university and Government bodies. Celine hails from Rathangan and is the daughter of Rose and John Joe Conway.

What is the situation like in Brazil at the moment?
Absolutely chaotic! To date we have had 210,000 deaths and 8,490,133 confirmed cases — the second highest in the world.
In Manaus, the capital of the Amazon, a state of calamity has been declared as all hospitals are full to capacity and there isn’t sufficient oxygen to attend the patients in ICU.

Patients were transferred by the air force to other states for treatment.

Unfortunately, many cases and deaths could have been prevented if the President, Jair Bolsonaro, had taken a serious stance instead of constantly minimising the virus.

He never encouraged social distancing, the use of masks or lockdowns. He has constantly criticised the vaccine and said ‘if you take the vaccine and turn into an alligator, don’t blame me’.

Sadly, this attitude from the President is deplorable and only serves to create suspicion about the vaccines.
The emergency money was discontinued in December and so poverty and misery is on the increase with a notable increase of people at my gate looking for help.

How long have you been in lockdown?
I have been isolated alone since March 16 last year! I have had little or no human contact during this time, except for those who come to the gate looking for food.

I only go out every 15 days to do shopping. As I’m the only Sister of Mercy in the country and the only Irish person in the city, it is imperative that I keep safe and well.

Is there any update on when the vaccine will arrive there?
Two vaccines have been in analysis by the health authority ANVISA — CoronaVac from China and the Oxford vaccine AstraZenica.

Both were finally approved on Monday, January 18, for emergency use. Unfortunately we have only eight million of the Chinese vaccine for a population of over 200 million.

Bolsonaro has emphatically criticised the use of the Chinese vaccine. We have a huge shortage of needles and syringes — due to lack of planning on behalf of the Federal government. Bolsonaro cancelled an order, which was submitted at the end of December, saying the price was too high.

What is your daily routine?
I spend my day doing art and craft, looking after my plants, cooking, cleaning, and watching TV. I watch Mass daily from my home parish in Rathangan which has given me the faith and hope that this too will pass.

I presume the charity work is on hold at the moment. What are your plans once you can get up and running again?
The Adult Literacy Project has been on hold since March as all public schools have been closed. The schools are hoping to reopen in February, but as the students of the literacy project are mostly over 60 they cannot return until they have been vaccinated.

The project receives no monetary funding from the government here, all funding comes through the generous donations from Ireland. Thankfully the teachers continued to be paid monthly throughout last year.

Do you get to contact home much?
I’m very fortunate to have good internet, so I can be in constant contact with my parents, family and friends through FaceTime and WhatsApp. I’ll have to wait until I’m vaccinated to get home — hopefully in July/August. Even with the vaccine, the new mutation of the virus in Brazil prevents me entering Portugal or England en route to Ireland.

Celine would like to thank Bunscoil Bhride in Rathangan for their donation of €550 which was raised before Christmas. She is also hugely grateful for donations of €640 which were made over Christmas.