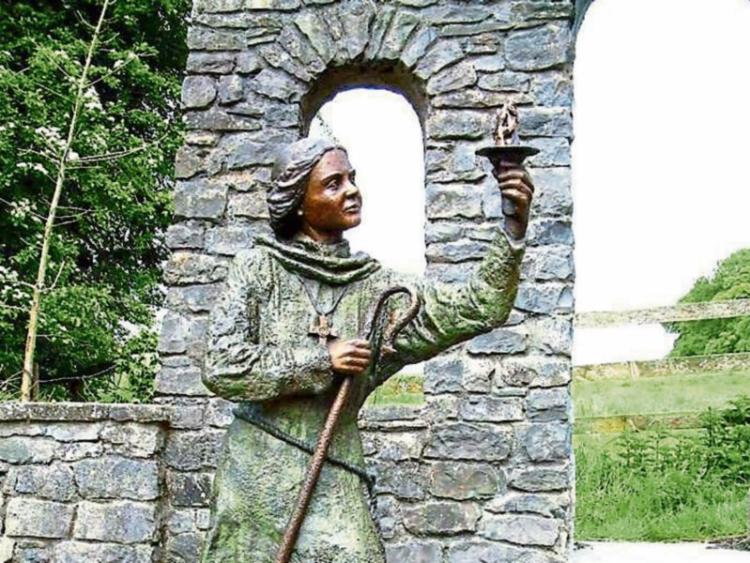 An organising committee is to be established to make sure that the life and spirit of Saint Brigid of Kildare is marked in three years' time.

At the Kildare County Council meeting on January 25, Cllr Suzanne Doyle asked that the council set a date for the Saint Brigid 1500 celebration and establish an  organising committee to ensure that the occasion is appropriately marked.

Director of Services, Sonya Kavanagh, Director of Services Economic, Community and  Cultural Development, told councillors that discussions are already under way with Solas Bhride to plan for a celebration  in 2024. An organising committee will be established to progress matters associated  with the project.

She said the council would work with others including Kildare Failte and Kildare town based Solas Bhride.

County Librarian, Marian Higgins, said that research was ongoing and the move is a huge opportunity for tourism.

Welcoming the move, Cllr Doyle said that St Brigid is a national patron saint and her life resonated for the 21st century, including her concern for climate change.

Cllr Doyle said we should look at the value St Patrick brought to the country and he was not even born in Ireland.

Brigid was born here, she said.

Cllr Chris Pender said that Brigid’s role could highlight that of other Kildare women, such as the late Newbridge born scientist and crystallographer Kathleen Lonsdale, whose birthday is January 28.

Brigid  is one of Ireland's patron saints and believed  to be a foundress of several monasteries of nuns, including that of Kildare.

Her feast day is  very shortly, February 1, which is believed to be the date of her death in 525.

Her monastery in Kildare is seen as a centre of education, pilgrimage, worship and hospitality until the 16th century when all the monasteries were suppressed. Brigid is famous for her  hospitality.