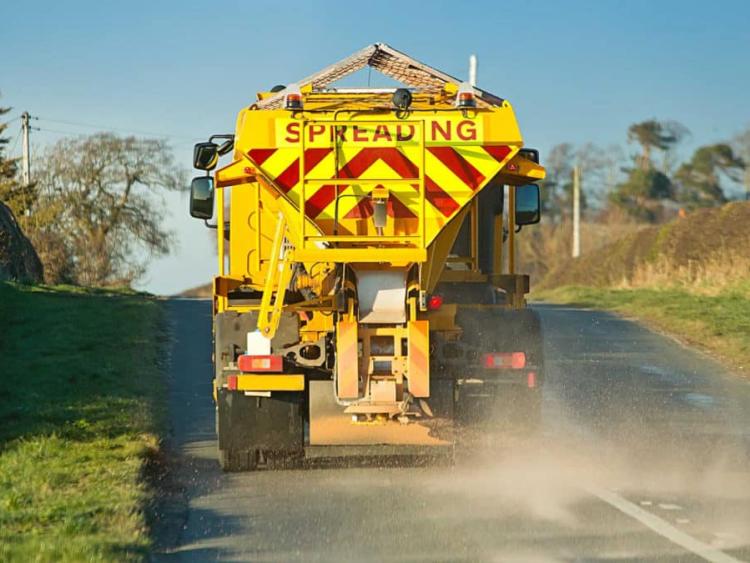 Sections of a regional road which links Kildare town to Rathangan is not gritted because it doesn't have enough traffic, the Council said.

Parts of another route between Twomilehouse and Dunlavin are also not deemed busy enough to be gritted.

The information was revealed at the monthly meeting of Kildare Newbridge Municipal District today.

Cllr Mark Stafford had asked the Council to identify which regional roads in the Kildare-Newbridge Municipal District are not treated as part of the winter maintenance programme?

The Roads & Transportation Department said: "Sections of the R401 and the R412 are the only Regional Roads in the Kildare-Newbridge Municipal District which are not treated as part of the Winter Maintenance Programme, due to the low traffic volumes which these roads carry.

The R412 runs between Kildare town and Rathangan via Dunmurry and the R401 runs between Twomilehouse, Brannockstown and Dunlavin.

At the same meeting Councillor Anne Connolly asked that the Council include the road Tullylost/Ellistown to Cherryville Crossroads, Kildare  on the road salting route map for next winter.

The Council said: "Following a review of the Council’s Winter Maintenance Plan in 2018/19, Kildare County Council has increased its winter salting programme, effective from Spring 2019 increasing the existing route lengths by up to 70 km.

Ten separate routes are now salted during the winter period, resulting in total of 680 km of road being treated to ensure safer travel for all road users.

This is the second increase in roads added to the Salting routes within the past 5 years and have increased from eight salting routes in 2015 to the current ten routes.

"There are no plans at present to add/amend existing salting runs to the existing schedule as it would not be possible allowing for existing resources and availability of drivers and plant.

"A review may be carried out at the end of the current Winter Maintenance season, however, as this service is currently at full capacity, any amendments to the current routes will result in the service being removed from another location."