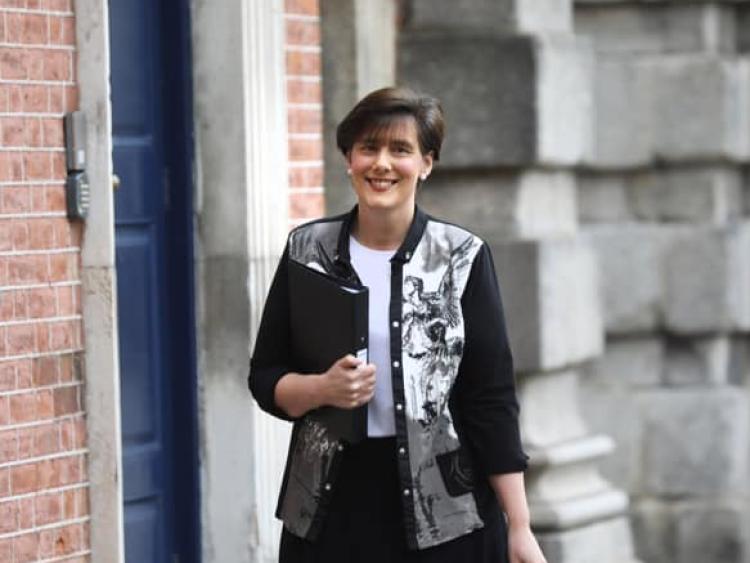 Updates on school projects in Naas, Maynooth, Clane Prosperous, Kilcock and Enfield have been given by the Minister for Education in the Dail recently.

The two second level schools at the Moyglare Road campus in Maynooth, have been completed and are ready for occupation, the Dail has been told.

“While there are certain outstanding additional works to take place on site, the new school buildings were practically completed in December and are ready for occupation,” Kildare North TD, Bernard Durkan was told.

Regarding Maynooth Post Primary School  and Maynooth Community College the Minister said a building projects to deliver 1,000 pupils places and 2-classroom SEN (special education needs)  bases of both of these schools was practically completed in December 2020 and are ready for occupation. However, there are outstanding additional works to take place to complete a shared PE Hall facility.

Gaelscoil Ruairí  opened in September 2019 and is currently accommodated in interim accommodation. The proposed new 8-classroom school building plus 2-classroom SEN is at planning permission stage.  A request for further information was received on 18/12/2020.  Until such time as planning permission has been secured, it is not possible to provide a timeline for progression of the project to tender and construction stages.

Construction started at Maynooth Boys School in December 2020 for a new 24 classroom school and a 2 classroom SEN Base. The construction project is progressing satisfactorily on site and the contract duration is 18 months.

Maynooth Educate Together  project is currently on site and due for completion in Quarter 2, 2021. Phase 1 was handed over in 2019, the project when complete will provide for a 16 classroom school plus SEN classes, said the Minister.

It is proposed to accommodate the three schools, St Raphael's Special School,  Scoil Naomh Padraig and Celbridge Community School (RN 91614B) on a campus development in order to cater for the permanent needs of the schools. “The Department is presently at a very advanced stage in the process of acquiring a suitable site, located at Donaghcumper. As part of the Department’s appraisal, traffic management analysis is being examined and my officials are continuing to actively engage regularly with both Kildare County Council and the Landowner on all aspects of the future operation of the proposed site.”
Regarding St Farnan’s in Prosperous, the Minister said a project to increase the capacity at the school from 500 to 1,000 pupils has been devolved for delivery to Kildare & Wicklow Educational Training Board (KWETB). “I understand that the design team is preparing the Stage 1 report (preliminary design) and it is nearing completion.”

In Clane, where recently local councillors said the schools were full and unable to accept students from outside the town, the Minister said major building  included work at Hewetson National School.  “This project has been devolved to the school management authority for delivery. As the project is at an early stage of the delivery process, it is not possible at this time to give a date for its completion. This project will provide for accommodation for a 6-classroom school and one SEN Base when completed.” She said in St Patrick Boys National School  the Detailed Design Stage has been approved and the project will now progress to the next stage of architectural planning. The project when complete will provide for 24-classrooms plus  2-classroom SEN base.

The Minister said that in addition the following “Additional School Accommodation” project has been approved for Scoil Mhuire Community School in Clane. This is to provide the replacement of five mainstream 38.5m prefab, two science labs and shared prep area, WC for assisted users and one class SEN  (special education needs) base. The project also includes the provision of interim accommodation for a SEN class for 2021/22. The project is at the design stage.

A new school,  Enfield Community College, was established in Enfield in September 20 and this new school in in the Kilcock School Planning Area. This school is to cater for 1,000 pupils and will include for a 4-classroom SEN Base and has opened in interim accommodation. The project to provide a permanent      building is currently at stage 2b of architectural planning process which is detailed design.

The following school building projects are being progressed in Naas Co. Kildare to meet expected demand in the area.

In Naas the project at Mercy Convent  is to provide a new 32-classroom school building. This project is in the process of a re tender for a contractor to complete this new building.

At St Corban's National School, the project to provide an extension to cater for a 16 Classroom School with 2 SEN base classes is currently at Stage 1 of Architectural Planning.

A proposed new primary school which was due to open in September 2021 has been deferred to open at a later date.

At Naas Girls School a project has been devolved to the National Development Finance Agency (NDFA) for delivery as part of a programme of school building projects to provide a new 1,000 pupil school with 1 SEN Base class. “As the project is at an early stage in the delivery process, it is not possible at this time to give a date for its completion.”

A project to provide a new 1,000 pupil school, Naas Community College,  has been devolved for delivery to Kildare & Wicklow Educational Training Board (KWETB).

Work began on site in November 2019.  In addition at Holy Child National School and  “Additional School Accommodation” project  to provide two  mainstream and 2 SEN classrooms has also been approved. The project is the design stage. A stage 1 report has not yet been received by the Department.