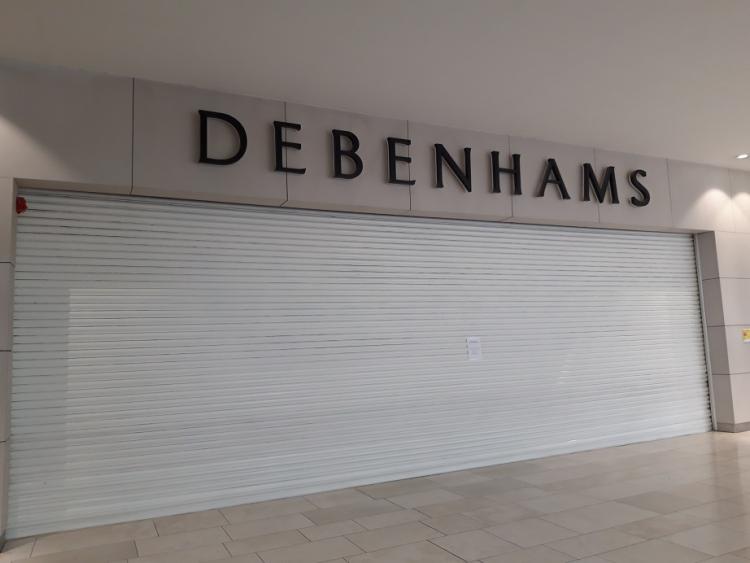 Ex- Debenhams workers have today voted against proposals put to them by Labour Court chairperson Kevin Foley with 393 votes against the proposals and 37 in favour, according to the trade union, Mandate.

In total, 430 workers cast their votes.

Mandate said the proposal document stated that the Government would establish a €3 million training, upskilling and business start-up fund, but crucially, prevented the workers from accessing cash from the fund.

“The elected shop stewards from Debenhams will now meet to determine the next steps in their campaign for a fair redundancy package and changes to legislation to ensure workers are not treated like this in the future,” the statement concluded.

Last October, gardaí were called after former employees of Debenhams in Newbridge were involved in stopping a lorry from removing stock from the closed store.

Liquidators KPMG secured a High Court order the previous week preventing people from obstructing the removal of stock which is part of the liquidation process.

Gardaí attended the protest in Newbridge and took names of some protesters who are members of the Mandate trade union.

No stock was later removed from the premises.

Similar scenes took place at the Debenhams outlet in Blackrock when a van involved in the liquidation process arrived.

Over 120 Debenhams workers have been impacted by the sudden closure of the Newbridge store in April.

Protests outside the store have been regularly held since then.

Last September a union representative for Debenhams workers in the midlands said she was  fearful that if the Government did not offer adequate financial support to the lower paid and unemployed, then Ireland would hit a depression, not a recession this time.

Mandate Divisional Organiser in the Midlands, Mandy Kane, said then that  Debenhams workers were determined to continue on fighting for their redundancy rights.

Referring then to the continued fight by Debenhams workers in Newbridge and nationally for redundancy, she said: “They believe that it should be statutory plus two.”

Ms Kane, said: “They are quite determined, the anger has not subsided at all. Some of the stores would have anything up to 40 years service. Some of the workers have moved on to other jobs, which is inevitable - people have mortgages to pay and some have not been successful in job applications.”

She said: “We have a situation where a company has walked away. The unions are trying to get legislation to protect the Debenhams workers.”