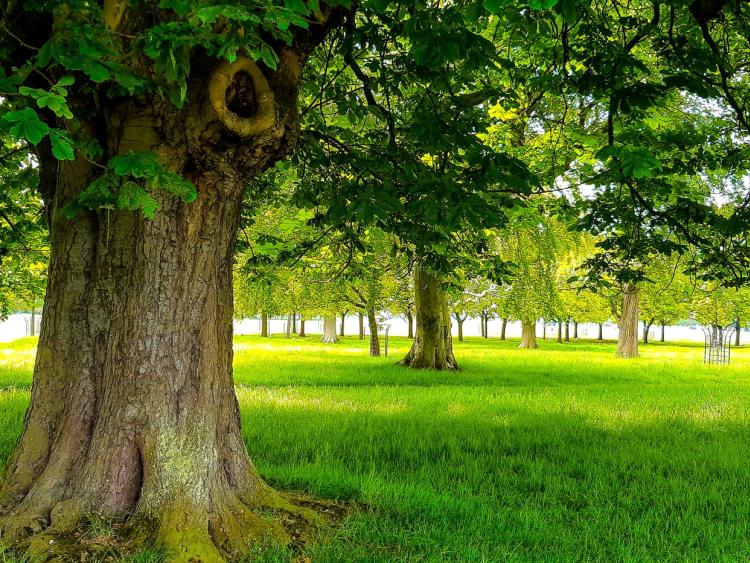 Increased public transport access to the Phoenix Park, including via the Kildare and Maynooth rail lines, and a lowering of private vehicle traffic levels to it form a key part of a new proposal for the Park.

The preferred option includes increased public transport access for people from county Kildare via Heuston, Ashtown and Broombridge rail stations with links to a bus service through parts of the Park.

It also includes reduced car options for the Park, which includes 700 hectares of land.

The OPW is starting a public consultation (online) which runs from January 29 to March 12. It is planned to publish a final report in April.

On roads, the preferred option is  to maintain Chesterfield Avenue as through route;  cul-de-sac North Road at junction with Odd Lamp Road triangle;  cul-de-sac Glen Road past Cara Cheshire Home and at the car park on the Upper Glen Road;  convert Ashtown Gate to entry only and convert Cabra Gate to exist only to reduce the impacts of traffic volumes on these protected gates; and  close Knockmaroon Gate to traffic to eliminate through commuter traffic from M50 toll charge evasion.

On public transport a bus option, called Option 2 (including 500m long walks from key locations to potential spots to potential stops), was considered to provide the most benefits in terms of accessing the key amenities in the Park which exhibit high demands during both weekdays and weekends.

Along with a link to Heuston Station, it also has the potential to interchange with Luas services at Broombridge Station to provide enhanced connectivity to the Park via sustainable transport.

The report proposed that an interim bus service be introduced in the short term linking the Park to both Broombridge and Heuston Stations with usage of the service included in the data collection programme. This will require an assessment of traffic delay and traffic management measures.

The reports said that the Ashtown rail station on the Maynooth line is 600m north of the Park’s Ashtown Gate.

The Phoenix Park tunnel rail service goes under the Park for 700m. It serves Newbridge to the Grand Canal Dock, via stations including Adamstown and Connolly Station

Cycling wise, the proposed cycling network, included an additional 14km of dedicated cycle routes, as well as upgrading the 17km of existing routes within the Park.

The Steering Group for the report comprised four organisations: the Office of Public Works (OPW), National Transport Authority, Dublin City Council and Fingal County Council to guide the development of transport and mobility options for all users of the Phoenix Park.

Minister O’Donovan said since its establishment last summer, the Group has worked to identify the optimal transport and mobility options for all users of the Park while minimising the impact on the surrounding communities.