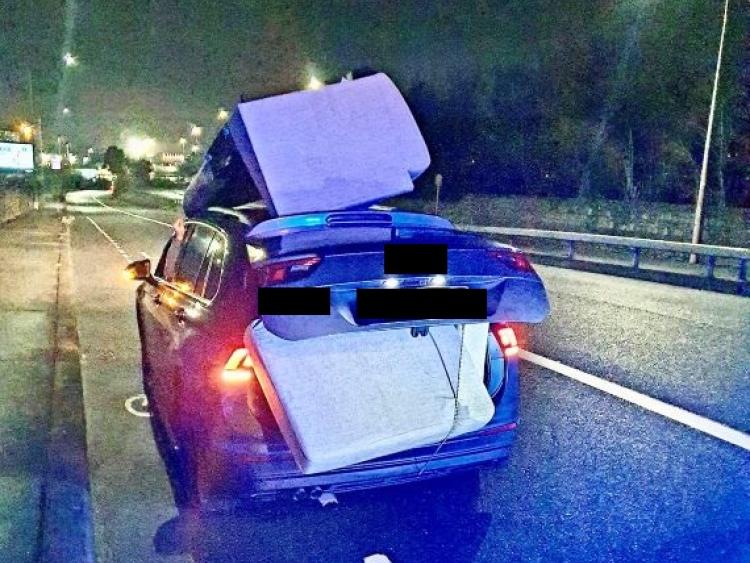 The vehicle with the couch on it's roof / Photo: @GardaTraffic

This motorist may have to pay a fine or appear in court after transporting this unsecured couch on the roof of a vehicle.

The incident happened on the busy Chapelizod Bypass near the M50.

Dublin West Roads Policing Unit were on patrol when they observed the car with the couch on its roof. 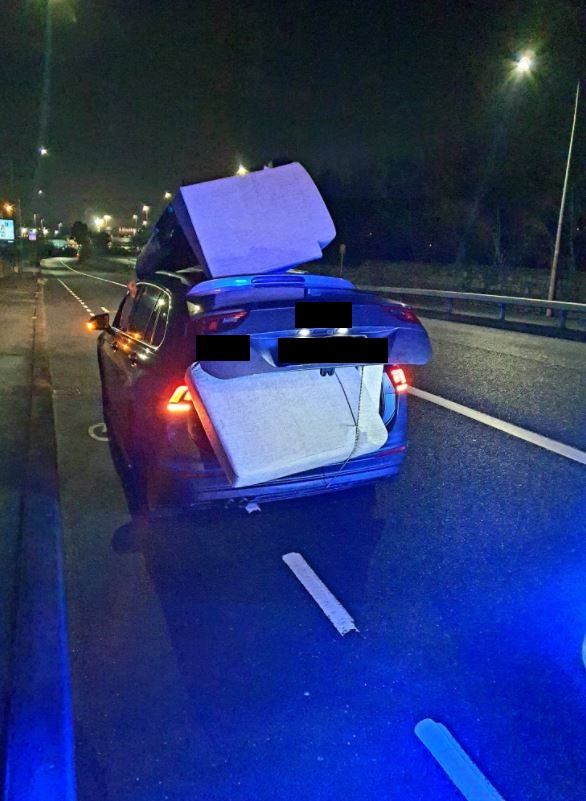 There was also a large item of furniture protruding from the open boot.

Gardaí said it was not secured properly and the motorist was not allowed to continue until proper transport was secured for it.

Officers said that possible court proceedings under the Road Traffic Act will follow for the driver.

The Road Safety Authority says that unsecured or inadequately secured loads pose a safety risk and could cause injury and even death.

Unsecured or inadequately secured loads can shift when a vehicle is in motion and may cause loss of control of vehicle, objects to fall on or hit people, a road obstruction or collision where a driver is required to swerve to avoid fallen items or spillages that may cause vehicles to lose control.

Loads must be secured even if the vehicle is only travelling a short distance or at low speeds.