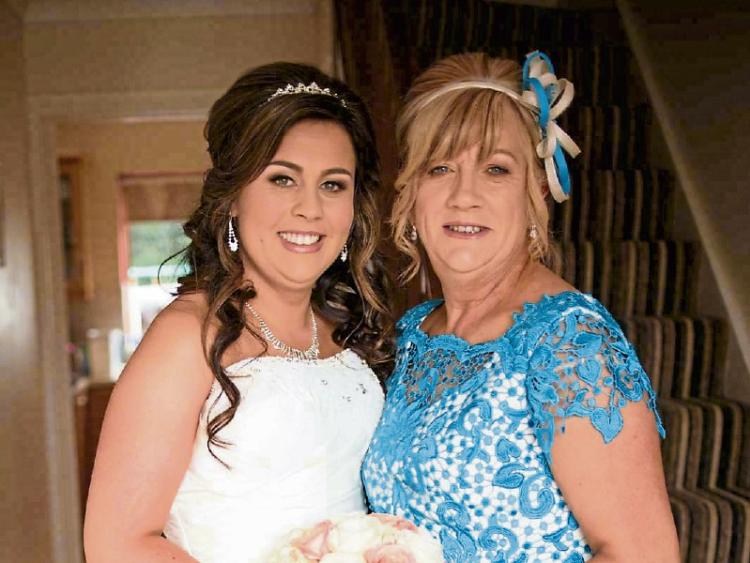 A Kill woman has raised over €2,000 for St Brigid’s Hospice on the Curragh in memory of her late mother, who sadly passed away last summer.

Sonya Carey organised a hamper raffle of donations from several generous local businesses to raise the cash in aid of the service which helped her beloved mother through her final days.

Christina Lally was diagnosed with lung cancer in August 2019, and unfortunately had a rare reaction to immunotherapy. Having lost all her mobility by last March, the Birr woman, aged just 55, went to live with Sonya, her husband Raymond and family in Kill last April. Sonya was six months pregnant at the time.

“Sonya gave birth to our son, who we named Christopher in memory of Christina, on July 2. Sadly, Christina passed away exactly one week later, on July 9. We strongly believe that Christina held on to see the arrival of her new grandchild,” said Raymond.

The Carey family paid tribute to the palliative care team from St Brigid’s Hospice, who visited every couple of days and made it possible for Christina to spend her final days with loved ones.

In memory of her late mother, Sonya last October organised a hamper raffle to raise money for St Brigid’s in Christina’s memory, and the draws were held virtually on Christmas Eve.

Donations flooded in from Xpert Naas, Marks & Spencer, Newbridge; Arnotts; Lidl; Iceland; SuperValu Newbridge, All Occasions by LA, to name but a few.

The family raised a grand total of €2,085 for the hospice, and wish to thank everyone involved in donating items or buying tickets for the raffle.