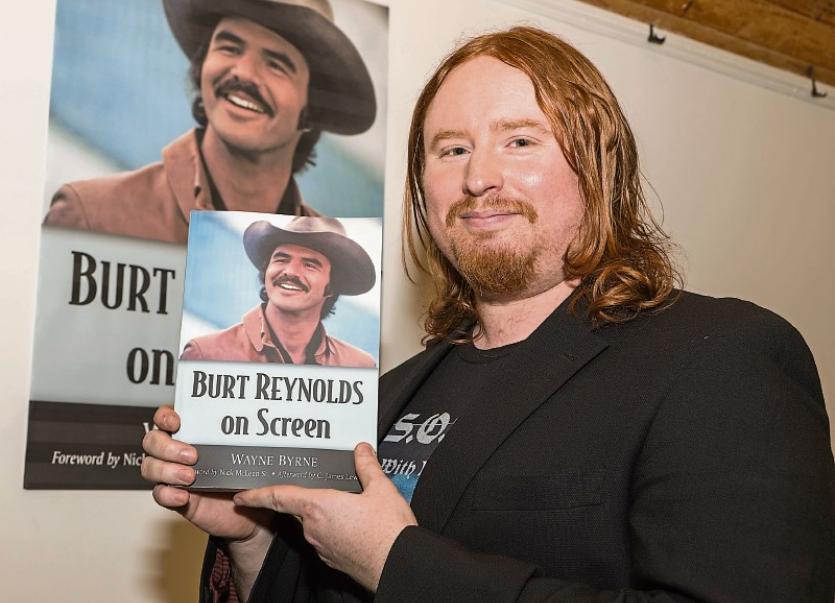 Books are always a popular present for any age group when it comes to Christmas.

With such a variety of topics, fiction, and non fiction, the options are endless. This year, we are taking a look at Kildare’s literary offering.

Bestselling Kildare author Hazel Gaynor’s latest book is a story of hope and friendship set during World War II — but with a twist.

While many are familiar with war stories set in Europe, The Bird in the Bamboo Cage, which was released on August 20, tells a tale of an imprisoned school of young children and their teachers in China as the war rages in the Pacific.

The Calverstown resident is the author of several acclaimed and bestselling novels, including A Memory of Violets; The Girl Who Came Home — A Novel of the Titanic, for which she received the 2015 RNA Historical Novel of the Year award; The Girl from The Savoy and last year’s The Lighthouse Keeper’s Daughter. She also co-writes with American novelist Heather Webb.

The Bird in the Bamboo Cage is told from two alternating viewpoints, that of 10-year-old Nancy Plummer and her teacher Elspeth Kent. Kent has fled an unhappy life in England to take up her teaching post but Japan then declares war on the Allies and occupies the school. The children are separated from their parents indefinitely, and the teacher’s new girl guide patrol provides a precious reminder of home. However, things take a turn for the worse when they are taken to a Japanese internment camp.

“Inspired by true events, this is an unforgettable novel about impossible choices and unimaginable hardship, and the life-changing bonds formed between a young girl and her teacher in a remote corner of a terrible war,” said Hazel’s website.

This book is published by HarperCollins.

Kildare — The Irish Revolution, 1912–23 by Seamus Cullen is a comprehensive single volume history of County Kildare during the Irish Revolution of 1912-23. Seamus’s website gives an account of what the book is about.

“A noted garrison county, the concentration of British military personnel in Kildare was the highest in Ireland, and the Curragh was the most extensive military camp in the country,” he writes.

A military presence continued after the British withdrawal in 1922 when the network of military barracks passed to the National army. Based on rigorous research of British and Irish archives, this study charts the fortunes of home rule in Kildare during which the county was at the centre of the significant Curragh incident in 1914.

It explains the development of the Irish Volunteers and the position of the local unionist community vis-à-vis home rule.

Attention is drawn to the key role played by British army units from Kildare in suppressing the 1916 Rising, as well as the post-Rising development of Sinn Féin and concomitant decline of the Irish Parliamentary Party.

This study highlights the pivotal role it played in the intelligence war and the county’s strategic communications importance for both Crown forces and republicans.

During the Civil War period Kildare was to the forefront of national events with the evacuation of the British army, which had a major negative impact on the local economy, and the utilization of military barracks as prisons by the Irish government.

Politically, the Irish Revolution in Kildare did not see an ultimate triumph for republicanism in any form. While the emergence of Labour was notable during the Irish Revolution, nevertheless after 1923 Kildare returned to its Redmondite roots, though under a pro-Treaty label.

This book is published by Four Courts Press and is available in all good bookshops.

Naas author Wayne Byrne’s new book — a biography of Hollywood screen legend Burt Reynolds — was launched earlier this year at Naas library. Burt Reynolds On Screen is the first critical overview of the Hollywood legend who was once the number one box office star in the world for five consecutive years. He did this thanks to films such as Deliverance, Smokey and the Bandit and Sharky’s Machine. Mr Byrne, a librarian for Kildare County Council and journalist for Hot Press magazine, wrote The Cinema of Tom DiCillo, which was released in 2017, as his first book. This book is published by McFarland & Company.

Two new books from The Harvest Press were launched recently, both with links to County Kildare — one being set in south Kildare, Carlow and Kilkenny and the other by a Castledermot author.

The Winter Dress, a novel by Angela Keogh, is set mostly in and around south Kildare during the plague that was the Black Death. The book tells the stories of two travellers whose paths cross as they shelter for the night at a monastery. One is Rose, a wild, Irish dressmaker, from Tristledermot (Castledermot) who is travelling to Kilkenny to find a man with whom she fell in love.

The second is Brother John, a Norman monk, who has lost his faith and is returning to the town. after a twenty-year absence. In a time when a terrifying epidemic is spreading across the land, the pair spend the night in conversation and find they have more in common than they first thought. The novel is a story of love, loss, heartache, hope and resilience. The Winter Dress was a winner at the 2020 Irish Writers’ Centre Novel Fair and its author, Kilkenny-born Angela Keogh, lives and works in Carlow.

The second book from The Harvest Press is I Knew This Place, a collection of eighty-five essays from the RTE Radio 1 programme Sunday Miscellany, written and broadcast by John MacKenna over the past fifteen years. Many of the stories in the book are set in and around MacKenna’s native Castledermot and in the south Kildare area and deal with everything from robbing orchards to ghosts in his car. Not all of the material is set locally, however, and the essays range from Greece to London and Holyhead to America. Speaking to Leinster Leader and Kildare Now recently, MacKenna said:“these are stories drawn from the landscape of south Kildare, from events in my own life and from the characters among whom I grew up. They’re light and dark – just like life.

“But I’m really happy to have them available in book form.”

John MacKenna is one of the most popular and regular broadcasters on Sunday Miscellany and I Knew This Place is his twenty-first book. He lives in Co Carlow and teaches creative writing at Maynooth University.

Both The Winter Dress and I Knew This Place are available in bookshops throughout Kildare or online at Harvest Press.

The book tells the story of how Johnny, Lily-May, Ruairi, and of course, Mammy and Daddy, go on holiday around Ireland in their old campervan. Before beginning their journey, they meet an old man Finegas who is fishing for The Salmon of Knowledge. He tells Johnny and Lily-May of an important mission; they need to make sure Irish legends have their stories heard. Can they succeed?

Meet Fionn MacCumhall, Queen Medh, Oisín, Niamh Chinn Óir and Brian Boru in this beautiful book telling precious tales of Irish heritage in English and as Gaeilge. This is the fifth book in the series and can be bought online at www.johnnymagory.com.

Another local author from just over the border in Portarlington has also delved into the world of children’s books. Bella and Bob is written by Helena Kirwan Emerson, who, as the mother of four young children, searched high and low for a simple workbook about ponies, but to no avail. Hence, Bella and Bob was written and her children were the first readers. Speaking earlier this year, Helena said: “The book is made with the child in mind, with simple language, relatable images with each explanations, fun activities such as word searches, colouring and crosswords, and of course your own rosette to paste at the end of each chapter.”

It can be bought on the Bella and Bob Facebook page.