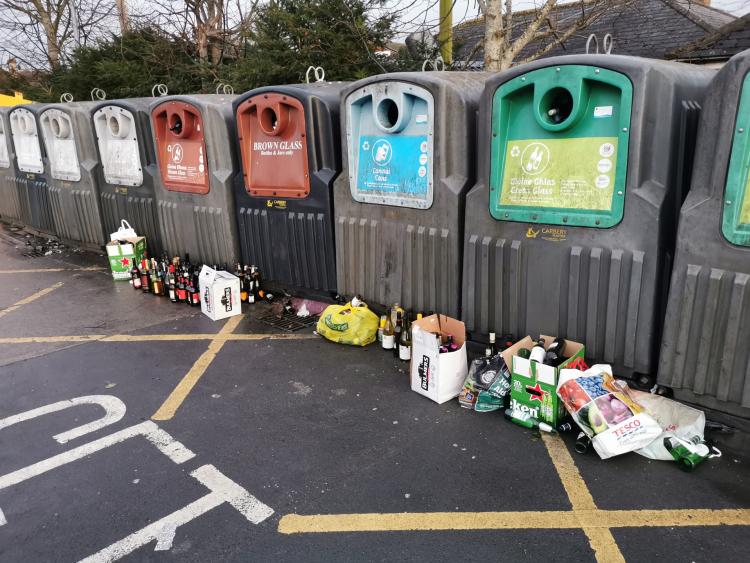 The bottle bank at Tesco Celbridge

Bottle and can banks have been under pressure this week, judging by the one at Tesco in Celbridge yesterday.

Despite people being regularly asked not to leave bottles or boxes outside these centres there was plenty on display at the Tesco centre, yesterday, December 29.

Other recycling bodies have asked people to stagger their recycling.

On December 17, Repak said  Ireland was expected to generate over 81,000 tonnes of packaging waste this Christmas, a 7% increase over 2019.

Repak  encourages the public to learn to recycle better at home, ensuring that Ireland reaches its future recycling targets under the EU’s Circular Economy Package.

Repak said it was particularly important that the public make a collective effort to recycle more and correctly over the Christmas period.

It also said that  in anticipation of the increased levels of packaging waste that households would generate this Christmas, many waste operators had announced that if your home recycling bin is full, people could leave materials beside the bin in clear waste bags and they will accept them for collection.