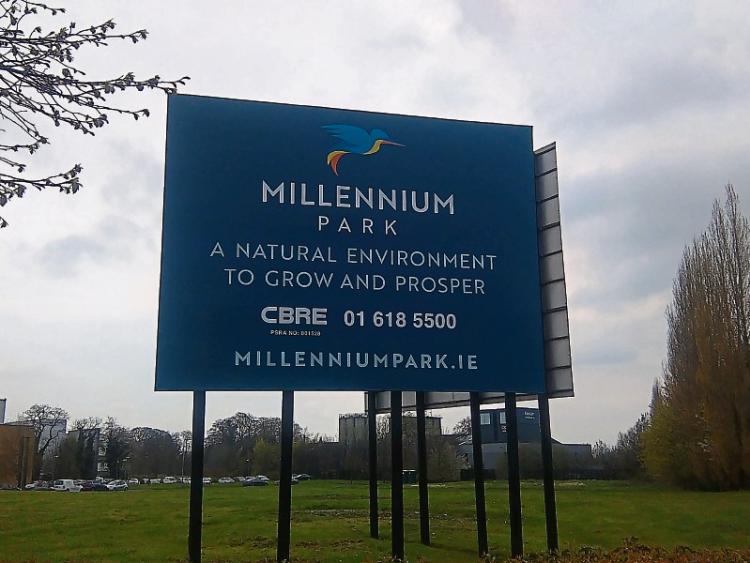 Millennium Park in Naas would benefit from the move, it was suggested at the meeting

An economic hub combining Naas and Newbridge should be formed to attract more industrial activity to the area.

This hub could be used to attract the interest of companies engaged in distribution activity using the area’s proximity to Ireland's motorway infrastructure.

Cllr Seamie Moore also told a Naas Municipal District meeting that failure to “create an economic growth corridor” in the area means that there is a need to promote Naas as a “suitable area” for “specialist government services, internet shopping warehouses, Brexit-related clearance centres as well a a provider of sights for companies like Microsoft”.

Cllr Moore said these opportunities are “slipping under the radar to other designated mid-east regions”. He said the mooted data centre for Naas would provide Kildare County Council with an income three or four times that provided by Intel.

Naas Mayor Fintan Brett said that a data centre could be coming to two sites in the area and the opening of the motorway junction would make Millennium Park an even more attractive location for business.

Cllr Brett also said that plans are being made to upgrade the rail system locally which will increase capacity.

Kildare County Council official Eoghan Ryan said that unlike other counties like Offaly or Laois, County Kildare has a number of similar sized towns. However he said much is being done to stimulate business and residential development.

He noted that the Industrial Development Association has a significant land bank in the Naas area which is available for future businesses willing to locate there.

He added that he is in constant contact with the IDA. Mr Ryan also said Naas is ideally located within the region with easy access to Dublin and close to the M7, M8 and M9 corridor serving the regional cities of Waterford, Cork and Limerick.

“It is not accepted that Naas suffers from a local area identity vacuum. The town and its environs continues to experience very strong interest in investment.”