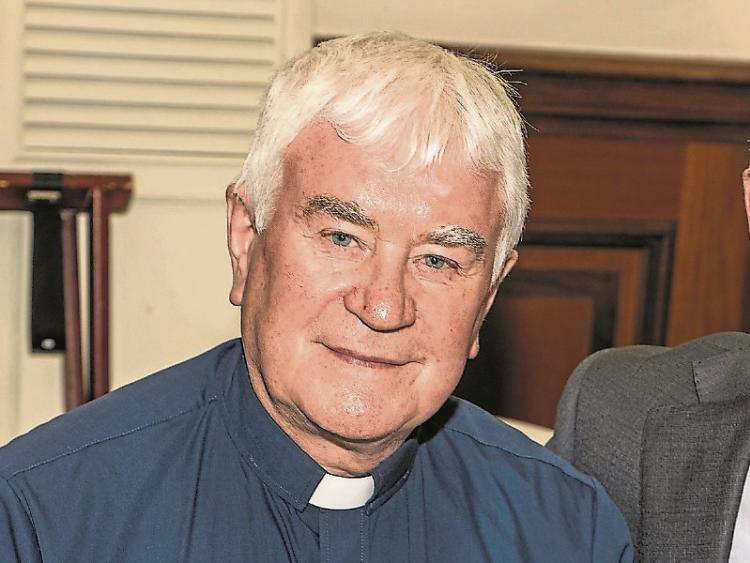 The very sad news of the sudden death of Fr Jimmy Doyle in his native Clonegal, Co Carlow, on the farm he would have inherited had he not been called to a priestly vocation, was a great shock to anyone who knew him and shared time in his company — or attended any one of the thousands of Masses he celebrated in his 46 years as a priest.

It was particularly poignant that he passed away while he was spending a few days with his sister Josie making plans to retire to his home place in 2021.

Had he lived to do so, as an only son in a family of five, he would have partly fulfilled his late father’s wish to inherit the family farm.

When he was 18 years old, Jimmy felt called to the priesthood but stayed on the family farm for six years at his father’s request. During that time, he was deeply involved in agricultural affairs and became chairman of Carlow Macra na Feirme.

Unlike the prodigal son in St Luke’s gospel who demanded his share of his inheritance, he decided to follow that call and entered St Patrick’s College, Carlow.

Aged 76 at the time of his passing, and ordained on 14 June 1974, Fr Jimmy served in the parishes of Kilcock, Muinebheag, Newbridge, Broadford, Naas, Ballyadams, Sallins and more recently as Parish Priest in Staplestown/Cooleragh.

Two very significant events took place in the life of Carlow in 1944: Jimmy Doyle entered the world on Wednesday, April 19; and Carlow won their only Leinster senior football championship on Sunday 30 July.

An accomplished hurler and footballer, he won three senior football championships with Kildavin / Clonegal in 1966, ’70 and ’73. He also played in two county finals with Bagenalstown (Muine Bheag) during his time there as a curate. And he represented his county in both codes.

No matter where he ministered, he always took a keen interest in the local GAA club and supported their teams in many ways.

He spoke lovingly of the Coill Dubh hurling and St Kevin’s Football clubs, whose fortunes he followed and whose people he loved.

Fr Jimmy was a Club Kildare GAA member who frequently attended Kildare club and inter-county games. He was a familiar face at many venues and was equally at home at juvenile, minor or adult games.

He was deeply loved by Bishop Denis Nulty, his brother priests, his family, his parishioners and the numerous people who were blessed to have known him, a devoted, dedicated and humble priest who was equally at ease with everyone he met, no matter their station in life.

At the funeral in Bordeaux of Fr Noailles, founder of the Holy Family Association, a stranger who was visiting the area saw the crowds and remarked, “A good man has passed this way.” The same can be said of Fr Jimmy.

The gifts and characteristics of Fr Jimmy’s life as a priest can be summed up in the words of Jesus in the Sermon on the Mount when, teaching his apostles, he said:

“Blessed are the poor in spirit… those who mourn… the meek… they who hunger and thirst for righteousness … the merciful … the clean of heart … the peacemakers … they who are persecuted for the sake of righteousness … for your reward will be great in heaven.”

In the early decades of the 20th century, Fr John Sullivan SJ, who was a member of the teaching staff of Clongowes Wood College, was well known for his pastoral and spiritual care of people in north Kildare.

He comforted many in their final hours and often travelled several miles on foot or bicycle to administer the Last Rites to the dying.

Fr Jimmy did likewise, and his presence in hospice, hospital or home was akin to that of the now Blessed John Sullivan.

Fr Jimmy’s friendly smile and warm greeting will be sorely missed by everyone who knew the courteous and generous servant of the people of God. He enjoyed meeting and chatting with people and one always felt better for having met him no matter what the place, the day or the hour.

Almost 1,000 messages of condolence on RIP.ie website testify to the regard in which he was held: the words cherished / lifelong / great / dear / special / genuine / close / generous / true / family / wonderful friend, appear hundreds of times in those messages. He was described as a ‘devoted, dedicated and humble priest’ who served his people with love, care and compassion in the many circumstances of their lives.

“He epitomised all that was good in priesthood”; “Inspiring priest”; “He exuded humility and humanity”; “He was one of the kindest, most charitable people every put on this earth”; “He was unbelievably good”; “By his nature and manner he touched the lives of so many”; “Always present to those in need”.

Fr Jimmy was very distressed when he could not celebrate Mass in public during the Coronavirus lockdown. This caused him great spiritual pain: in a text to a friend four days before he died, he said, “It’s very difficult to know what is best… but I do know”.

The esteem in which Fr Jimmy was held by the parishioners of Staplestown / Cooleragh, especially by the youth of the parish, was evident in how, like watchful sentries, they honoured his mortal remains as he reposed in their church and as they stood in silent tribute as his funeral cortege passed places he knew so well on his final journey to Newlands Crematorium.

Fr Jimmy has left a wonderful legacy of loving kindness and will be fondly remembered by all who were privileged to know him. He most certainly will have heard the welcoming words, “Come, you blessed of my Father, inherit the kingdom prepared for you from the foundation of the world”.

— (Anonymous) On behalf of everyone who knew Fr Jimmy