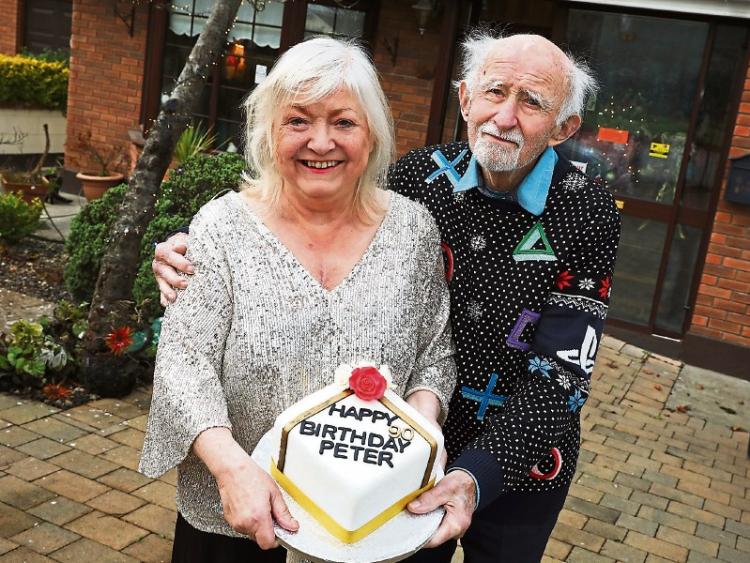 Peter Riordan and his wife Terry Healy from Kill

Peter Riordan from Kill is pictured, right, celebrating his 90th birthday at home recently with his wife Terry Healy.

Peter won Carer of the Year in 2012/2013 for Kildare, Leinster and the National Award. He also won the People of Year Award, in recognition of the support he gives his adult sons.

Terry said that she kissed many a frog before she met Prince Charming in Peter, as they met later in life.

She says this, below, is her wish for him at Christmas, his birthday and forever.

“If I had my life to live over, I'd find you sooner so I could love you longer.”