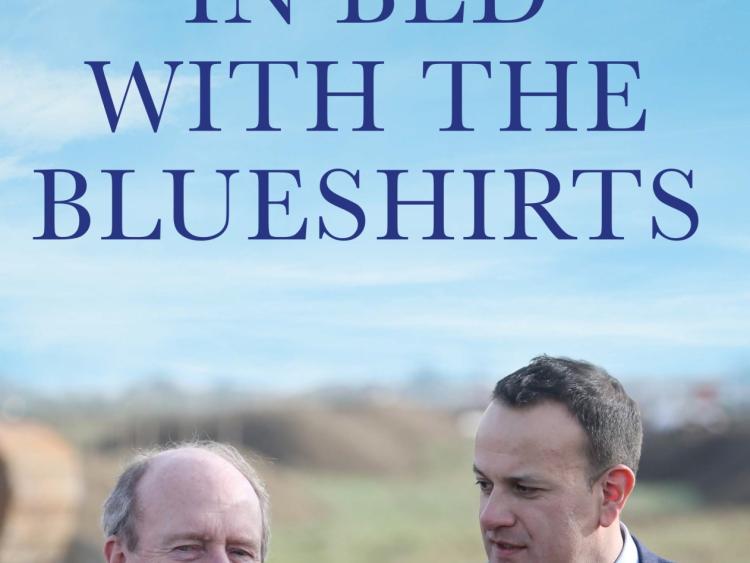 The former Minister for Transport, Tourism and Sport  (from 2016-2020) has had some Katie Taylor-like battles in his role at or near the top.

A journalist for many years, he was elected to Dail Eireann as an independent.

But the numbers in the Dail led to him and a number of other independents reaching the inner sanction of Cabinet government.

This was something unimaginable to some in politics who questioned the purpose of electing any sort of independent.

Perhaps historians will later tell us how much real power the Cabinet has in a country which has had to bow down (or have regard to) the wishes of  international organisations, including the European Union,  financial markets and others with big pockets, but the Ross book, “In Bed with the Blueshirts,” does reveal some interesting insight into the workings of the Cabinet, which continues to have an important role in how we live.

It highlights how, sometimes, very few people have a real input into crucial decisions.

But more on that after.

To be local about it, the author has  Kildare connections.

He was married in the Church of Ireland Cathedral , as his wife, Ruth Buchanan's father, was Dean of Kildare in the seventies. “We had a lavish reception in the Deanery,” he told us.

His wife, a former  RTE broadcaster, was at school in Celbridge.

The book recalls the role of the late Willie Crowley and his recruitment to the Independent Alliance in 2015 before his tragic death at the hands of a hit and run driver.

Willie was due to run for the Alliance in South Kildare before the tragedy. “We were confident that he was destined to win a seat.|He was a wonderful man,” the author told us recently

Catherine Murphy opted not not to join the Alliance but features quite a lot in the book.

He said that Kildare South TD, Martin Heydon, persuaded him and was responsible for the additional Local Link buses that came in parallel with  the Drink Driving Bill to ease the difficulties it was reputed to present to  rural society.

The story of his time in Cabinet is a lesson for anyone thinking of going down the political route.

The trouble you can get into dealing with sports capital grants is one thing that stood out and any club trying to get some money from this source should read his account of it.

I have always questioned  the way the Irish soccer has been controlled, long before the John Delaney loan saga hit the headlines.

Like many of us, I  would have imagined that the FAI was the offspring of the Irish people, the great football fans and is there for them in all of its glory.

But it would appear that despite tremendous amounts of tax payers or public money coming into the FAI game, Mr Ross’s account is a reminder that UEFA, an international organisation, and perhaps, FIFA, the world body, hold a lot of power, perhaps too much.

The facilities used by junior soccer clubs are way behind other sports and it perhaps because real power lies and financial interests lie elsewhere.

Increasing inequality in society should increasingly lead the electorate to question who is getting what in money terms and where it is coming from, for every aspect of society.

For me, reading “In Bed with the Blueshirts”  has been a helpful way to formulate some further questions in my own mind.

The former Cabinet Minister may have made a few errors during his Cabinet stint - he admits to them - but as an independent in the Cabinet  he has rattled cages, including in the sports grants arena, judicial appointments, the FAI - which he has helped to change - and drink driving law.

At one point in the book he wrote about democracy taking “a rest.”

His book is dedicated to all of those who died tragically on the roads.

It also serves as a reminder that with democracy one should not rest too much.