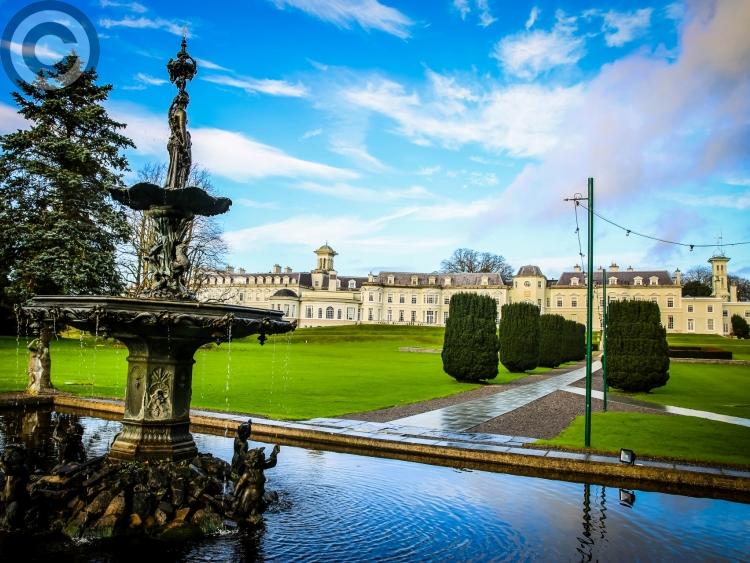 The prestigious K Club is to restrict access to members of the public, mainly residents of the adjacent Straffan village.

Up to now local people were free to visit the grounds of the facility.

The upmarket resort embraces a five star hotel and hosted the 2006 Ryder Cup golf competition on the only occasion it came to Ireland.

Now there are plans to impose a €100 yearly charge on families to want access to the premises. And the number of annual passes, to be issued for a calendar year, will be restricted to 300 “for the safety and well being of our residents, members and guests.”

Set on 550 acres of parkland, the K Club has a 140 bedroom hotel, two championship golf courses and a 20,000 sq ft spa. At the height of the boom a four bedroom detached house there cost €2.5m and the more expensive homes sold for €5m.

It hasn’t gone down well with local people.

Geraldine Conway, a former Kildare county councillor, said she’s received phone calls from residents unhappy that the plan was announced in the middle of the pandemic with travel restrictions in place.

“This is the only amenity in the area and we’ve been using it for nearly 30 years. This is setting neighbour against neighbour. It’s the young and old that will be most affected because they may be less mobile,” said Ms Conway.

Ms Conway said there is a problem with anti social behaviour “since August”, such as people going to the resort on bikes or with dogs and not cleaning up after them.

But, she added, it’s inevitable that children will gather to socialise and some of the K Club residents have children attending the local primary school.

“There have been no issues for or concerns for 30 years and it’s a bit heavy handed because of a brief period when behaviour mightn’t have been kosher.”

However according to the K Club there has been a healthy and constructive dialogue about the proposal with engagement from all parties and “the conversation was positive and a number of proposals were put forward by both the community representatives and county councillors.”

A statement issued on behalf of K Club added “there is a passionate and interwoven relationship between members of the community and the resort. The village and the resort depend upon each other in many ways, from the local pub and churches to the schools, tidy towns group, the community hall, the GAA club and all the sports clubs, along with many other groups in the community.”

pedestrian and cyclist traffic on resort grounds in 2020” and “everyone agreed that measures needed to be taken to manage that traffic from a health and safety perspective, from an insurance perspective and for the welfare of the local  community accessing the resort, as well as resort residents, members and guests.”

It also says that all proceeds from the pass will go back into the community.

Pass applications have to be made online and retired people and anyone with a registered disability won’t have to pay.