Kildare's Wildlife Watch: Funding a step in the right direction for bogs 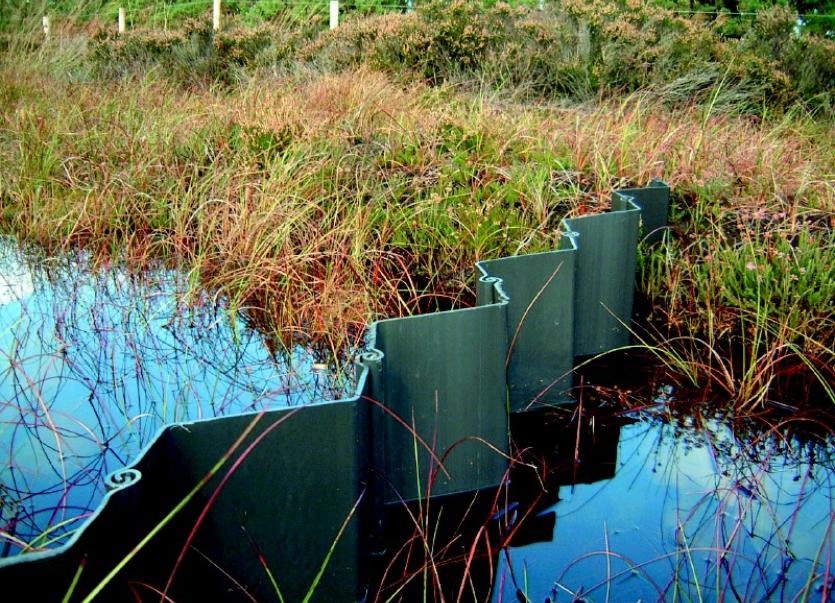 Some €108 million has been allocated for bog rehabilitation and restoration from the Climate Action Fund.

This is a significant investment in peatlands that will support both jobs and habitat as Ireland moves away from burning peat in our power stations. Restoration of peatlands is the process of returning the peatland to its original condition. This can be achieved on sites when drain blocking or Sphagnum moss transfer is completed.

Rehabilitation is considered environmental stabilisation. It is undertaken on sites where extensive habitat loss from peat extraction has taken place. Brownfield sites, often devoid of vegetation, leave drained and drying peat exposed to erosion and have become significant sources of carbon. These sites, in our lifetime, will never be active raised bogs again.

But what have peatlands to do with climate? All plants grow through a process of photosynthesis absorbing carbon dioxide (CO2) from our atmosphere. Carbon dioxide is one of the greenhouse gases considered to be affecting our climate and is emitted from cars, power stations and, indeed, from ourselves.

To make their own food, plants require carbon while the oxygen is considered useless and released back into our atmosphere. Nature is in balance as animals need oxygen and plants need carbon.

However, our actions have significantly increased the levels of CO2 in our atmosphere. Each autumn, as plants retreat for their winter hibernation on peatlands, the dead leaf litter becomes part of the bog and never releases its carbon. The high water table means worms don’t live on bogs as they don’t have gills like fish!

Peatlands are therefore considered stores of carbon. But draining bogs lowers the water table, allowing oxygen enter the peat, and they become net sources of carbon. The funding allocated for restoration and rehabilitation aims to reduce carbon emission from bogs.

This was indeed a wonderful announcement last week, but don’t forget that peat extraction still continues today, particularly in the horticultural industry. It was a step in the right direction, but much work has to be done to bring our bogs back to life.