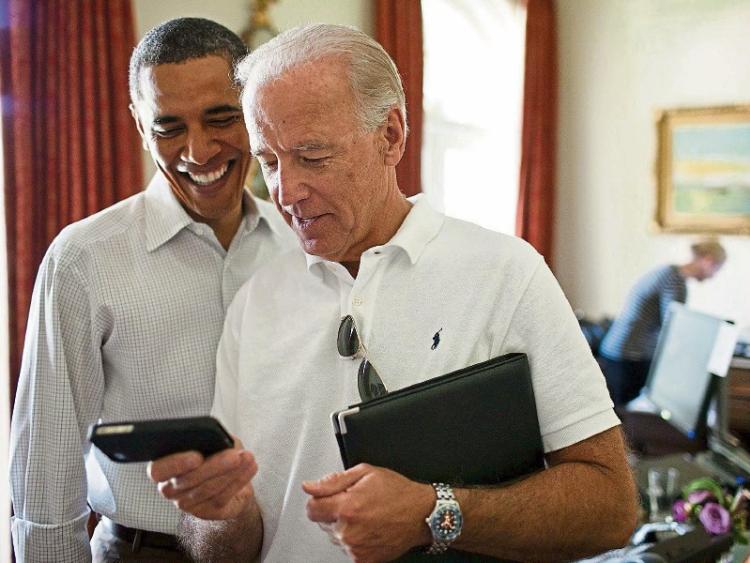 I get a lot of questions from readers each week and it can be very difficult to find space to include them. However, this week I decided to dedicate my column to answering a question I received last week, because it was excellent, and I thought it was worth sharing with everyone.

Hi Liam, a couple of months ago, markets were very volatile, so I decided to move my pension into a lower risk fund. Not sure if that was the right thing to do or not, but I did. And given markets have reacted well to Joe Biden’s victory and the news that broke about a possible vaccine from Pfizer, I’m wondering is now the time to go back to the position I was in September?

For what it’s worth, what you did in September, many others, including me, did exactly the same thing.

And we did so because there were just so many unknowns impacting markets i.e. Trump, China/US trade, Brexit, Fallout from C19 etc. and people felt we could be entering a global recession that could last years.

Which is why I advised, my own clients that it was time to take a step back and reduce their exposure to equities.

We needed to pause because I felt we had taken as much growth from the year as was possible (our average growth since beginning of the year was +13.4%) and I only saw a downside to leaving funds exposed, which is why I wanted to move them to less riskier funds and asset classes and ring fence what growth we had secured to date.

And despite moving clients’ funds to lower risk ratings, since the end of September, they still increased in value by 1.89%. It wasn’t as much as previous months, but that was okay.

Given the turbulence of markets, had we just broken even, I would have been happy with that as well.

Anyway, in light of recent events, and the certainty and optimism two events in particular have recently generated, I believe you can take the foot off the brake a little, and perhaps it’s time to re-adjust your asset allocation back to what it was, and let me give you the rationale and logic behind making that suggestion.

US Election – Biden’s Win and its likely Impact

Markets had priced in a Joe Biden win and the Democrats winning the Senate.

What markets hadn’t priced in was a Biden win and Republicans retaining the Senate, but that was a good thing and seen as positive for markets.

In the United States, as you know congress is made up of two houses, the House of Representatives, and the Senate.

But the Senate is more important. It can block most of Biden’s agenda, especially taxes. And is a reason why his plans are likely to be massively curtailed, if the Republicans win two runoff elections in Georgia in January. If they do, that is seen as good for markets i.e. no crazy taxes and no big spending on the environment etc.

Something similar happened to Bill Clinton during his second term. Everything he proposed, the Republicans blocked, but the market loved it, and it’s likely this will happen again.

And historically, the best equity market returns have always happened under a split Congress with a Republican Senate under a Democratic President, which is what it’s looking we’re going to have.

The feedback from markets was to state the obvious i.e. it’s good news on a vaccine from a solid source (Pfizer and Biontech)

The likely impact is that the news could help companies near bankruptcy e.g. some cruise line companies valuations increased by nearly 40% last week.

But the ultimate fallout from C19 is that big will get even bigger.

Big, well capitalised, and well-run companies will come out stronger, and because digital transformation has accelerated in recent months, it benefits the likes of Amazon, Netflix and MasterCard

The reason markets rebounded quickly earlier this year, despite C19, was down to the stock markets being a collection of very large listed companies, many of them global, such as Apple, Microsoft, Nike etc. and because of this, markets weren’t impacted by what was happening to the local shop, hairdresser, restaurant, bar etc.

And the recession that occurred was short lived because Central Banks across the world acted fast, cut interest rates and added support to Government’s record spending increases.

So, markets have moved on and are looking towards 2021/2022 and it believes the recovery will continue, and the record level of stimulus will remain in place, globally. And because Q3 earnings have been better than expected, its seen as a reflection of the beginning of a recovery in economic activity.

With all of the above in mind, and the certainty it appears to be bringing, I believe you should make changes to your fund and its asset allocation, and bring it back in line to what it was, before you made those changes in September.

A note of caution

You need to be prudent with the funds you invest in. That’s what I’m telling my clients. We don’t need to be overly aggressive and we won’t be.

The goal with any pension fund should remain the same i.e. you need to accumulate a fund that will be sufficient to fund your lifestyle in retirement, and one that you won’t outlive. The fund needs to keep pace with inflation, and you need to protect it from market downturns.

That should be your mission statement or what we refer to in the industry as your pension policy statement.

What I’ve broadly suggested with my clients, and or course it will differ because everyone is unique and will have different cashflow requirements, years to retirement, other sources of income etc. that they should have at least two, perhaps three different funds which are exposed to different asset classes i.e. bonds, equites, property, cash, alternatives and so on.

Having this strategy, I believe is right because it insulates them from short-term market fluctuations, should they occur.

The beauty of this approach is not only its effectiveness, but also its simplicity.

Investing in long term government bonds, which are viewed as low risk, is a good thing. They don’t earn as much as if they were invested in equities, but in the event that markets were to drop, bonds become more valuable and increase in value.

Running a second fund concurrently, which is predominately invested in equities, will, over time produce higher returns, which you will benefit from. And if markets drop, that’s okay, because you don’t have to sell when prices are low. And when markets improve, you can capture the gains that follow.

So, you are hedging your bets between both type of funds. And I don’t know what and how your fund was structured before, how much you have accumulated, when you want to retire, how much you need etc. but regardless I think structuring your pension something like this will serve you very well and one you won’t have to tinker with much, if at all, in the years ahead.