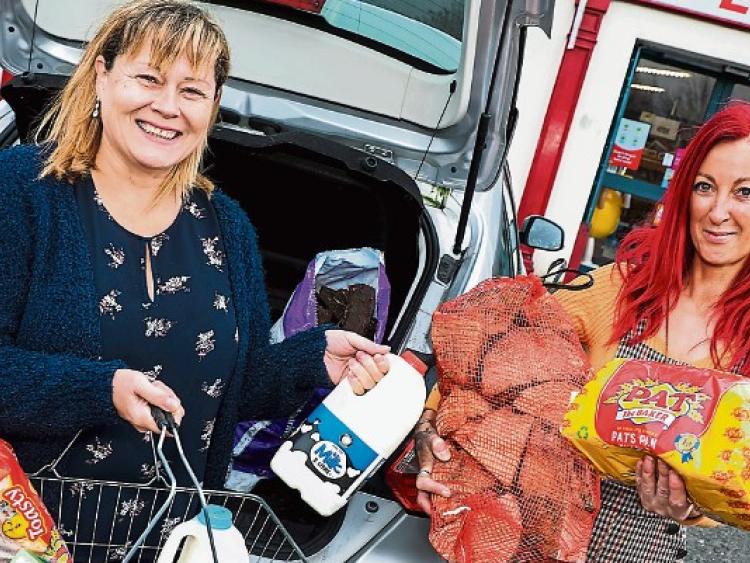 Kind hearted Charlotte Wolfe has set out on a mission to help those less fortunate in these tough times.

The former manager of the Newbridge Red Cross shop was in the process of setting up her own charity store when Covid-19 hit.

“That delayed things. I have sent off the charity registration for Minds Matter and it will be in aid of mental health services,” she outlined. Despite her plans being put on hold, the Newbridge woman found another way to help. She explained how one of her friends had a wardrobe to give away for free.

“I said I didn’t have any storage so I put it up on Facebook. I said people could stop by her home and collect it. I thought why not do this online and things took off from there,” she said.

“ I started putting up other bits and pieces and I said well why not see if people could give a small donation, a €5 voucher for Dunnes or Tesco, a bit of food, or coal. I asked people to drop them into Shop Express at the end of Standhouse Road. It took off,” she added, “I put it up on Facebook asking if there was anyone in need of them and people came back to me. There were lots of elderly people and they were delighted.”

“The support has been unbelievable,” she said.

Charlotte has also had several people offering to help families in need for Christmas, especially those living in hotel rooms. She lists all the donations she receives on her Facebook page but omits names of donors who want to remain anonymous. Others who have also made donations include Shop Express, Chat and Chew, Brian Gilroy's Mini Mocha, Shop Express, New Lease of Life, McCormacks Butchers, and Fracas Foran to name but a few.

“Sometimes people just need a little bit of a nudge up. When you see the joy in their faces, it’s really worth it.”