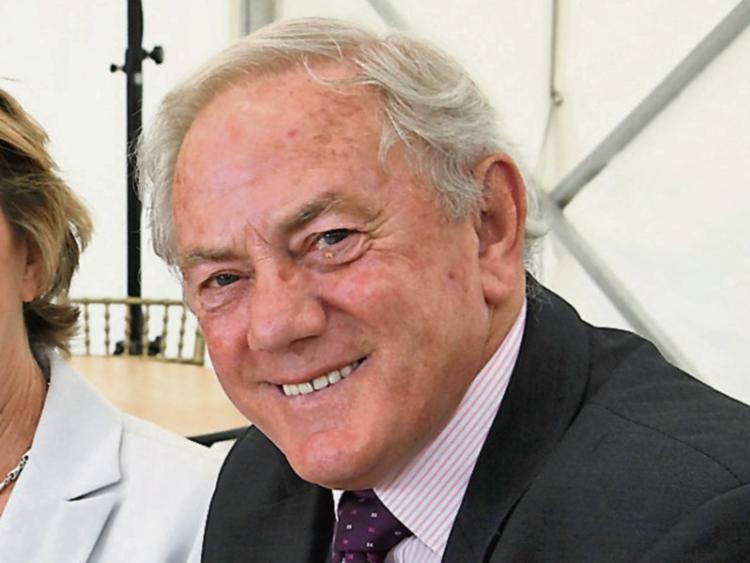 The late Stephen Schwer, pictured at Punchestown in 2011

The passing of Stephen Schwer on Tuesday, November 3, breaks another link with the Kildare junior hurling team who won the 1962 All-Ireland championship. He wore the number 15 shirt in the final against London, in London, on September 30, and with the Moorefield championship winning teams of 1961 and 1963.

Moorefield players featured strongly on this team with Tom O’Connell as team captain, and Stevie Schwer, Jim Barker and Mick Leahy in the forwards.

The Moorefield subs were Frank Fogarty, Colm Ruffley and Jim Barker, with Davy Dennis as a selector and trainer.

Eoghan Corry records in Kildare GAA — A Centenary History that Stevie first lined out for the Lilies in the National League on November 9, 1958, and that his last game for the county was against Offaly on 20 March 1966. In all, he played at least 25 times for Kildare and was a highly skilled forward who hit 4-0 in a league game against Offaly in April 1965.

He played in the full-forward line 20 times, at half-forward on four occasions, and once at midfield in those 25 matches.

Stevie had already won a county junior championship with Moorefield in 1961 and added a senior county medal with the Moores in 1963. 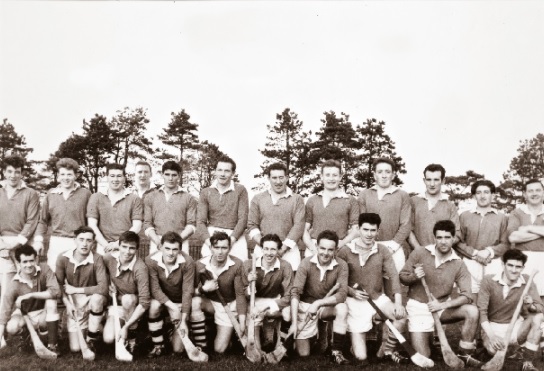 Moorefield Hurling and the Kilcullen Connection

It was Moorefield’s good fortune that Stevie Schwer and several other Kilcullen club hurlers came to Moorefield in 1961, as recorded in the Club History by Peter O’Neill.

When Kilcullen hurling fortunes declined in the 1950s, two of their players went directly to Moorefield. The Rags regrouped and entered the 1960 junior championship, but this was short-lived, and several more players joined Moorefield on the advice of Bob Duggan.

Success came quickly and in 1961 Moorefield won the county junior championship, the team featuring Tom O’Connell, Stevie Schwer, Jim Barker, Liam Sherry and Jack Kelly, all of whom had transferred from Kilcullen.

Reporting on the Kildare 1963 senior semi-final, the Leinster Leader of October 12 noted that “Stephen Schwer played with great dash and determination at midfield throughout and was at his best when partnered by Tom O’Connell in the second half”.

He starred at centre-forward in the final against Broadford and regarded that victory as the highlight of his career with Moorefield.

‘The thing about Moorefield was that it was better to be playing with them than against them!’

So said Stevie while reminiscing about his hurling exploits with Moorefield in the early 1960s.

When asked for his highlight with the club, Stevie immediately pointed to winning the Senior County Championship in 1963. This was a superb team, he said, with many great players and it was an honour for Kilcullen to be represented to such an extent by Stevie himself, Tom O’Connell, Jack Kelly and Jim Barker.

Indeed, it was with many a twinkle in his eyes that Stevie Schwer recalled his happy and exciting hurling days with Moorefield, and he quoted again with a knowing laugh — ‘it was better to be playing with them than against them’.

Paying tribute to Stevie on behalf of Coiste CLG Chill Dara, Pat Dunney, who was 16 years old and goalkeeper on the 1962 All-Ireland winning team, remembered him as “a very stylish hurler who displayed a wide range of skills to devastating effect against opposing teams.

“As a forward, he could outwit a defender in an instant and take his scores when it mattered most, especially in tight situations. We could always depend on him to make a difference: he was a wonderful team player.”

On behalf of Moorefield club, chairperson Mick Moloney said “Stevie contributed enormously to the success of Moorefield and brought skill and flair to the junior and senior championship winning teams in 1961 and 1963.

“He was a great servant of the game and his junior All-Ireland medal is testament to his ability to wield the camán at inter-county level – which he did from 1958 to 1966.

“On behalf of the club, I wish to express our sincere condolences to Stevie’s wife, Breda, his sons, Brian and Trevor, and his brothers, Maurice, Lar and Pat, and his extended family on their sad loss. May Stevie rest in peace.”

He was laid to rest following a private funeral, in line with Covid-19 regulations, at the Church of the Sacred Heart and St Brigid in Kilcullen last Friday week. 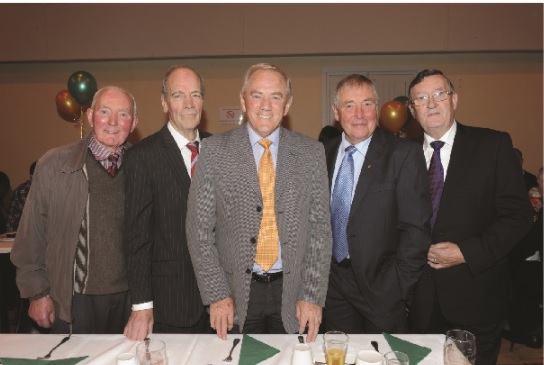