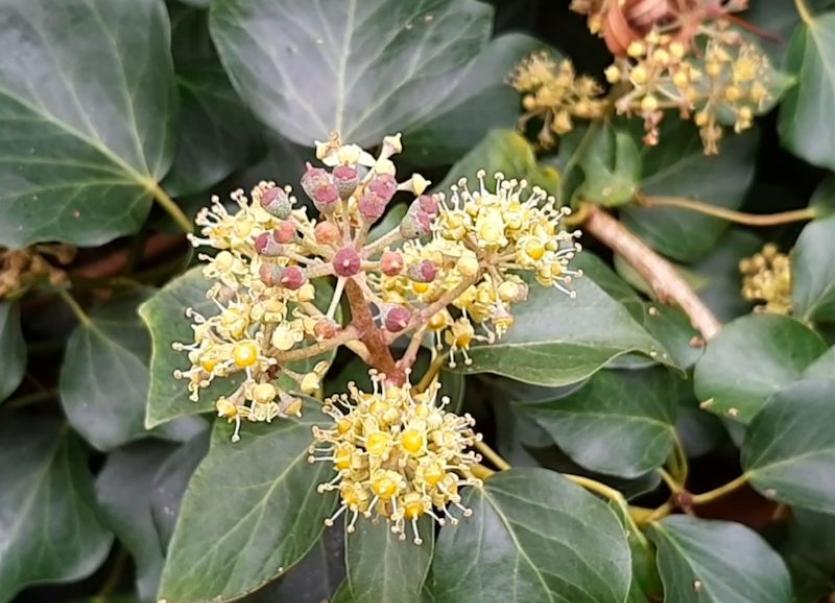 One evergreen plant visible in our communities that will hold its leaves all winter is ivy (eidhneán as Gaeilge).

Although it is a native evergreen climber in Ireland, not everyone is welcoming of this wild plant in their gardens or communities.

If left unmanaged, ivy, by its nature, can climb house walls and limit light around windows and cause problems with guttering.

Growing on trees, again if left unmanaged, it can damage bark. It can prevent trees accessing light and create increased weight on tree branches, in turn causing them to fall.

But as a native plant, ivy also has lots of positive attributes. For example, if you have a wall in your community regularly targeted by unwanted graffiti, planting ivy will ensure this is no longer an issue. If the wall is a standard breeze block wall, a blanket of ivy will create a more visually pleasing addition to your community.

Ivy is also a habitat, particularly in the winter, as it offers shelter for nesting birds and small mammals. The flowers of ivy are green-yellow in colour and, although they do not display bright spring and summer colours, these flowers are a valuable late source of nectar for butterflies and bees in autumn.

Ivy also produces fruit from these flowers. The berries are purple-black in colour which swell in spring, offering an important early source of food for birds.

The leaves are glossy and evergreen and the older leaves can appear heart shaped.

Ivy is a climber and a rather successful one at that. Withing three months of planting ivy it will be established and its growth rate increases once established, so it can quickly take over areas.

It attaches itself to surfaces by sending out tiny tendrils, which cling to the surface, allowing the outer stems produce the leaf important for photosynthesis (the process where plants make their own food).

I don’t think you will have to go far this week to come across ivy in your community!

If you would like help identifying or to learn more about a wildlife species contact me via email at bogs@ipcc.ie.