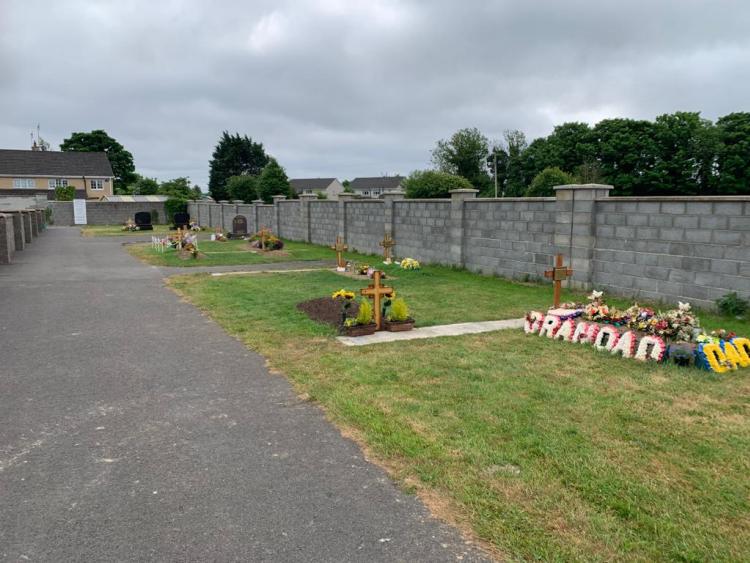 A body could be exhumed at a Kildare cemetery in a row over byelaws, a county council meeting has been told.

Kildare county councillors in the Clane-Maynooth district are coming under a lot of pressure over demands by a group of local people to make changes to a cemetery in west Kildare.

But officials and many councillors say the county cemetery bye laws should not be breached.

At the Clane-Maynooth Municipal District committee on November 6, Cllr Daragh Fitzpatrick said he has got several calls since the matter was raised at the October meeting.

Cllr Fitzpatrick, who was not present during a debate on the issue at the October meeting, asked that the council engage with the people who have burial plots on the left hand site of the cemetery “to try and resolve their concerns around kerbing.”

The group wants kerbing to be allowed on the small strip but the council’s 2018 bye laws state that  “where any cemetery or part of a cemetery, has been provided and developed as a lawn type cemetery, no kerbstones / footstones of any description will be permitted under any circumstances.”

Cllr Fitzpatrick said he has been told that if the byelaws are not changed there is the possibility that  “a body will be exhumed.”

Cllr Fitzpatrick said he believes a solution can be found if the council meets with the group.

He said he had related to people in the group the view of leading council officials on the matter but the group is not happy with that view. “I am stuck in the middle,” said Cllr Fitzpatrick.

Cllr Brendan Wyse, who had raised the matter on October 2, supported Cllr Fitzpatrick at the November 6 meeting saying the issue is with a tiny strip.

Cllr Padraig McEvoy said if the council starts ignoring the bye laws it will become more difficult to manage cemeteries. The common good was served by keeping to the bye-laws, he said.

Cllr Tim Durkan agreed with that approach, acknowledging that the situation in Derrinturn was “very sensitive” and he accepted that people were “under stress.”

A senior official at the November 6 meeting, Sonya Kavanagh, said the bye laws will come up for review.

Cllr Fitzpatrick said Derrinturn cemetery was unique and asked for a meeting to be held.

Ms Kavanagh said they can ask the Director of Services to have a meeting but the Director’s hands would be tied and a meeting being organised should not give false hopes.

In October, councillors  heard that lawn cemeteries are designed for easier maintenance and don't allow kerbs around graves or shrubs or or flowers to be planted.

Officials said that when plans were being drawn up to extend the cemetery in Derrinturn to provide for an additional 600 burial plots, it was on the basis that the extension would be a lawn cemetery.

The bye-laws  stipulate that, “where any cemetery or part of a cemetery, has been provided and developed as a lawn type cemetery, no kerbstones / footstones of any description will be permitted under any circumstances.”

The Derrinturn group are not happy with that in this case.