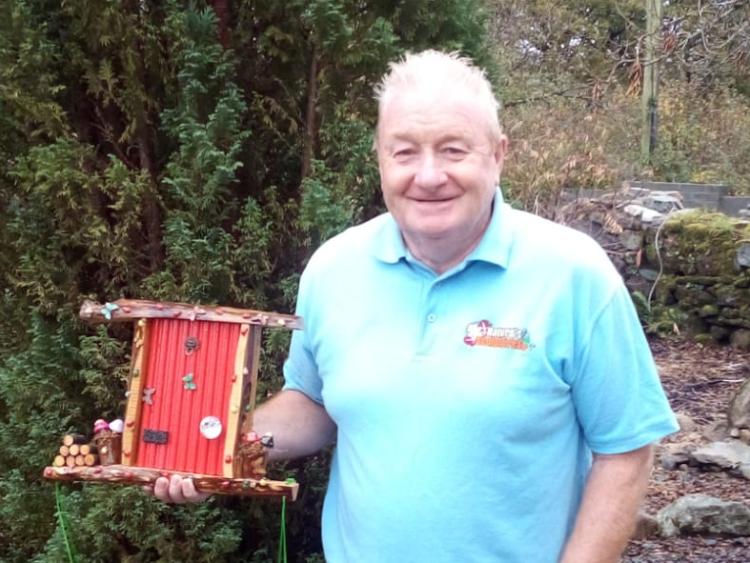 A special needs assistant from Donard, Co. Wicklow has helped create a magical fairy trail as part of a Newbridge Tidy Town's project.

Joe Dalton has made a number of fairy doors, complete with their homeowners names underneath as part of the new feature at Linear Park. The names are based on Irish legends. Creative Shed from Newbridge provided the signage.

Joe explains how they started the project prior to lockdown but had to put it on hold until the restrictions eased. The work has now been completed.

"It is something to help get children outside into nature and use their imagination. If the fairy trail proves popular, more fairies might come and live in the park," he says.

Joe has already completed fairy trails at Russborough House, the Canal in Naas, Palmerstown House and several schools. Having created his first fairy door for his grandchildren, demand for his creations has grown.