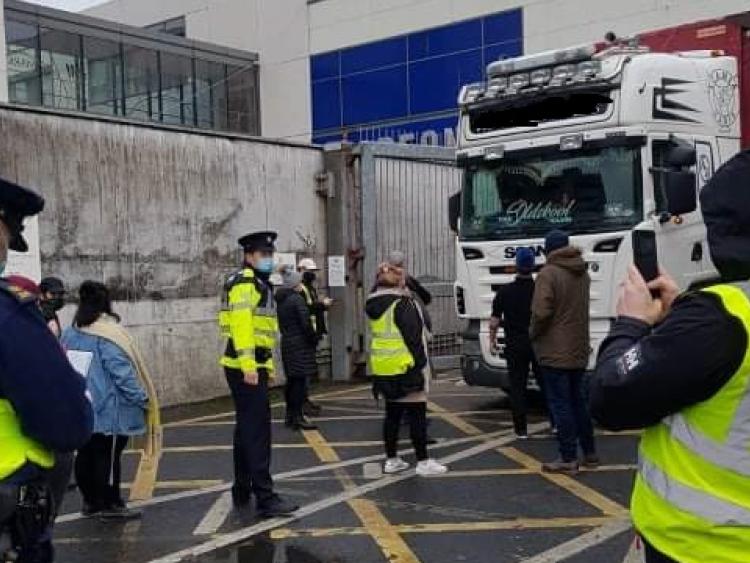 Gardaí at the scene in Newbridge

Gardaí were called after former employees of Debenhams in Newbridge were involved in stopping a lorry from removing stock from the closed store.

Liquidators KPMG secured a High Court order last week preventing people from obstructing the removal of stock which is part of the liquidation process.

Gardaí attended the protest in Newbridge this morning and took names of some protesters who are members of the Mandate trade union.

No stock was later removed.

Similar scenes took place at the Debenhams outlet in Blackrock when a van involved in the liquidation process arrived.

Over 120 Debenhams workers who have been impacted by the sudden closure of the Newbridge store in April and protests outside the store have been regularly held since then.