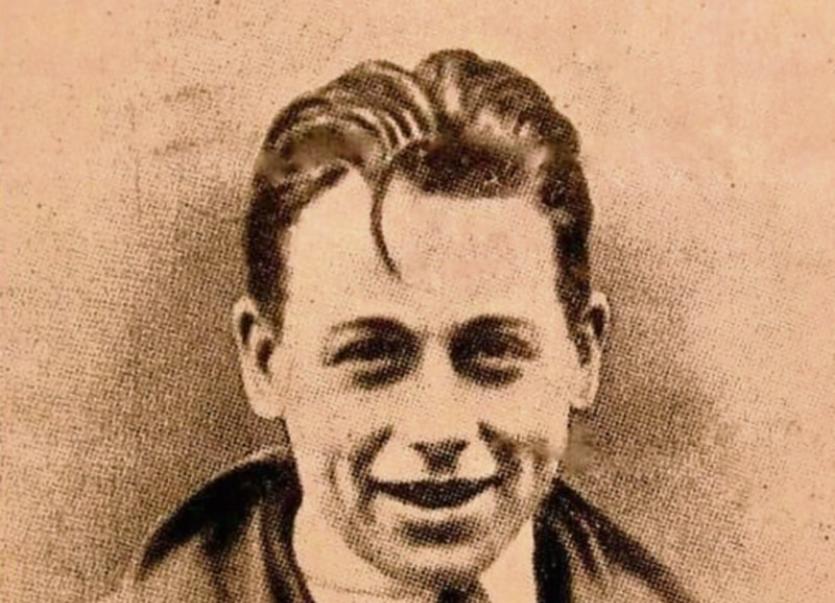 2020 will mark the 100th anniversary of the execution of the Irish patriot, Kevin Barry and now Barry’s second cousin, Michael Moriarty, who is the former General Secretary of Naas based Education and Training Boards Ireland has written a book about the famous Irish martyr.

The book, is an ‘accidental piece of work’, says Mr Moriarty, who is originally from Baltinglass but is now based in Naas.

He said he never set about writing a book about Kevin Barry. “The whole project was really quite unexpected. Sadly, my mother had passed away in April of this year. She was in her 100th year and due to her age had not lived at her home on the Carlow-Wicklow border for quite some time.

“Following her passing I visited her house to make sure everything was cleared out properly. I had already emptied out the attic several months before but this time I decided to do one final check to make sure I hadn’t missed anything or left anything behind. Then I saw it, wrapped up carefully and bound with twine and sellotape and covered in dust and cobwebs, a carefully stacked bundle of newspapers.”

What Mr Moriarty had, in fact, discovered was a treasure trove of Irish national and local newspapers from the period October 20 to November 12, 1920. 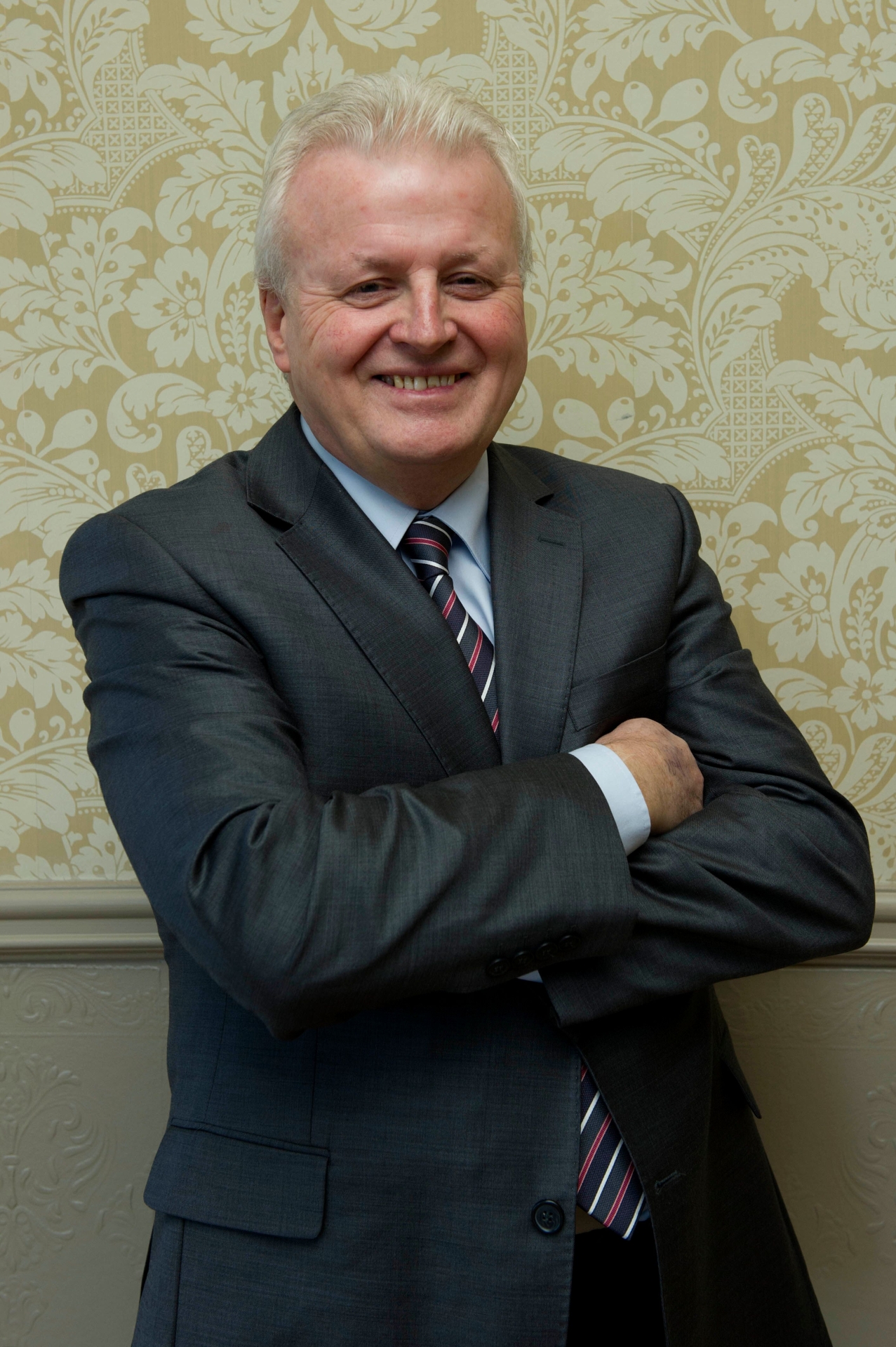 The dates provided the clue to what he had already suspected. Someone in 1920 had compiled these newspapers because they contained articles on the last days and execution of Kevin Barry — a cousin on his mother’s side. There were 24 newspapers in all — copies of The Freeman’s Journal, Evening Herald, Irish Independent. “I can only surmise the newspapers were given to my mother by her father or some other relative, and she put them in her attic, only to be forgotten for decades. These historical newspapers, now 100 years old, were never mentioned by my mother or father, the late John, historian, teacher and politician.

“I noted the story of Kevin’s tragic execution at the young age of 18 was shared with the death of another patriot, Terence MacSwiney, Lord Mayor of Cork. Terence had died in Brixton Prison on October 25th, 1920, after 72 days on hunger strike. His funeral on Sunday, October 31, attracted world-wide attention and huge crowds lined the streets for the funeral cortege. His burial was held on the day before Kevin Barry’s execution in Dublin’s Mountjoy Prison.

“The national newspapers on November 1, 1920, carried photographs of the funeral side-by-side with stories of the desperate attempts by the Lord Mayor of Dublin, Archbishop of Dublin, and other public figures at home and abroad, to secure a reprieve for Kevin. By the time the newspapers were on the streets on Monday, November 1, Kevin Barry had been hanged in Mountjoy Prison.

“The execution of Kevin Barry and the death, on hunger strike, of Terence MacSwiney were a significant catalyst for ending the War of Independence in Ireland. Their deaths further consolidated public opinion behind the struggle to break from the United Kingdom and establish an independent Irish Republic.”

Mr Moriarty says it is important to look at events in the context in which they occurred. “The newspapers I discovered highlight the shocking events in a violent war across every county of Ireland. There are heart-breaking reports of shootings, maimings, reprisals, burning of properties, villages and towns, all of which are disturbing to read. Atrocities were carried out by both sides in a bitter, exhausting struggle destined to result in the emergence of a new nation.

“It is in this context that we should view the actions of young Kevin Barry. Ireland’s political history over centuries could be defined as one of heroic failure where uprisings and rebellions were inevitably crushed. Prior to the outbreak of the Great War in 1914, Ireland was on the threshold of securing a significant level of independence through the efforts of the nationalist MP, John Redmond, and the Irish Parliamentary Party. The passing of the Government of Ireland Act 1914 would have granted limited self-government to Ireland, but implementation was suspended until after the war.

“It was the 1916 uprising which changed the course of Irish history. The execution of 16 of the Rising’s leaders changed the mood of the people of Ireland, who were aghast at the daily news of these executions. Thereafter, Irish public opinion shifted in favour of militant republicanism which sought to achieve full independence and a free Irish state in the form of a republic.”

“Four years after their executions, Kevin Barry faced his own death with that same attitude of martyrdom. He was happy to die for Ireland, and his mother, my mother’s Aunt Mary, expressed that same view many times after his execution. In the newspaper reports reproduced in this book, readers will see that religious fervour and faith were equally dominant in the story of the final days of the life of Kevin Barry. Those priests who attended his execution in Mountjoy vividly detail the depth of his faith as he faced his own death. In a country of deep religious devotion, the piety of young Kevin Barry resonated with many who saw him as another martyr for Ireland.

“The fact that he died on the Christian festival, the Feast of All Saints (All Saints’ Day) was not overlooked and was highlighted in some newspaper reports of the executions. The story of Kevin Barry, ‘just a lad of eighteen summers’, was recounted in the song ‘Kevin Barry’, which was composed shortly after his death by an unknown author. This song brought international recognition to Kevin’s life story and death as it has been recorded by international artists such as Paul Robeson and Leonard Cohen.

“This song and its popularity made Kevin Barry a household name down through the decades since his execution.”

Michael Moriarty says, “Those of us who grew up in the local area near his Tombeagh home in County Carlow knew that we had a heroic martyr who had lived amongst us. My mother told us many stories about Kevin, as many of her siblings remember him helping with farm work. In 1958 my father, John Moriarty, led the group that erected the monument to Kevin which still stands on Rathvilly village green.

“The story of Kevin Barry’s execution at the age of 18 still lives on, and this book will hopefully sustain his memory for future generations. The reproduced newspaper articles provide vivid, emotionally-charged reports of the final days of Kevin’s life and his execution. In reading them, the reader will feel the past has become the present, and that you are a witness to the events recounted. This is “What it Said in the Papers”

“ Isn’t it strange I should find these newspapers a few months after my mother died and a few months before the centenary of Kevin’s execution by hanging in Mountjoy Prison?”

Mr Moriarty and the Barry family are involved with the Kevin Barry Commemoration Committee in Rathvilly which will unveil a life-size statue of Kevin Barry on November 1, 100 years to the day after Kevin’s execution.

What it Said in the Papers — The Execution of Kevin Barry’ retails at €8 from bookshops throughout Kildare or €10, to include postage, from www.hillglenspublishing.ie.