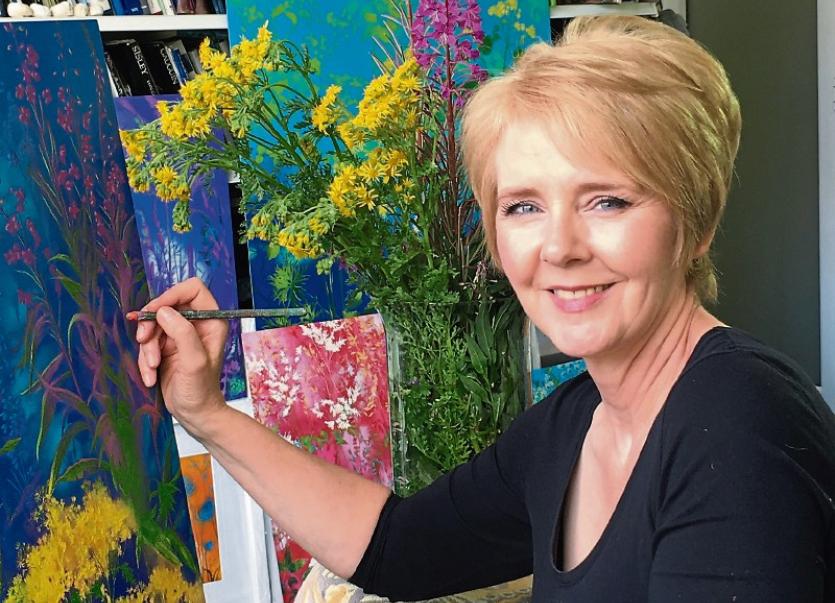 An exhibition by a Kildare artist is now showing online after being shut down by Covid restrictions in both Dublin and Kildare.

Due to Level 3 Covid-19 restrictions, Kathrine Geoghegan's exhibition is online at www.kilcockartgallery.ie

The exhibition is accompanied by a video narrated by Kathrine Geoghegan about the habitats of the North Bull Island.

Straffan-based Kathrine is as interested in the natural environment of the North Bull Island area, as she is in the art created from it.

She lived in Clontarf and Templeogue in her early years and she and her family have lived in Straffan since 1995, where she has her own studio.

A majority of the works in the exhibition are based on an aluminium surface which has to be primed so that the paint will not run off it.

Around a fifth of the works are on paper.

Her deep interest in nature is put down to her late father, Belfast-born Bob McCune, an electronic engineer, and her mother, who is also an artist.

Her father spent most of his life working with Bord na Mona, which he joined at the start of the 1960s.

“He was the first to talk about windmills to provide alternative energy and to see that turf cutting would not be sustainable in the long term,” said Kathrine.

She took a lot of photographs with her iPhone as part of her work on the North Bull exhibition, which provides an insect eye view of the world.

“We are lucky to have such a treasure as the North Bull island and we must do everything we can to protect it,” said Kathrine.

As she moves toward a similar project on the bogs, she told us that it could take up to a year and a half to complete.

As with many others it has been a difficult time for Kathrine and long-time Kilcock Art Gallery owner, Breda Smyth.

Around 50 people attended and it was officially opened by Eamhna ni Lamhna but had to shut down after a week due to Covid restrictions in Dublin.

It then moved to the Kilcock Art Gallery, opening on October 1, but had to close again. “It has not been easy,” said Breda, who added that the gallery can safely hold 5-6 people, including herself.

The online exhibition runs until the end of October.

Bull Island is a unique treasure for plants, animals, birds and insects. The island hosts many migratory birds who winter here.