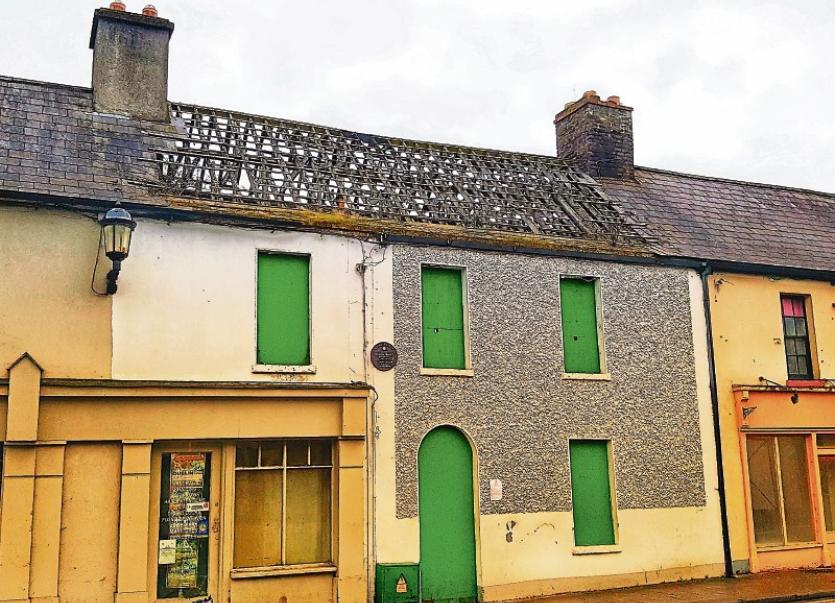 At its meeting today, October 16, the committee agreed to add the historic 31-33 Main Street houses to the list.

The Council’s Chief Executive, Peter Carey, recommended that they be added to the list and the committee agreed, two days after the council granted planning permission for a development at these and other nearby houses on the street.

The house at No 33, which was previously damaged by fire, was built by the Guinness family.

It was also the birthplace of William Francis Roantree (1829-1918), a relatively well known Fenian.

In 1996, Bord Failte put up a plaque at No 33, highlighting the connection with Roantree, about whom Leixlip historian, Michael Kenny, has written a book.

The council sought further information, including an architectural conservation report. That was lodged with the council last September.

A report by a conservation architect, Michael O’Boyle, recommended refusal of permission elements of the plan for Nos 31,33 and 35.

Just over two weeks ago, On September 30 last, Celbridge-Leixlip Municipal District councillor, Ide Cussen,  made a submission to the council stating that any decision would be premature because the Section 55  process of putting the houses on the Record of Protected Structures was not completed.

According to the council’s planning website, the council granted permission for the revised plans last Wednesday, October 14, last.

At the council meeting today, Cllr Nuala Killeen said she thought the houses were on the Record  for years.

She proposed the Chief Executive’s recommendation and Cllr Vanessa Liston seconded. There was unanimous agreement.