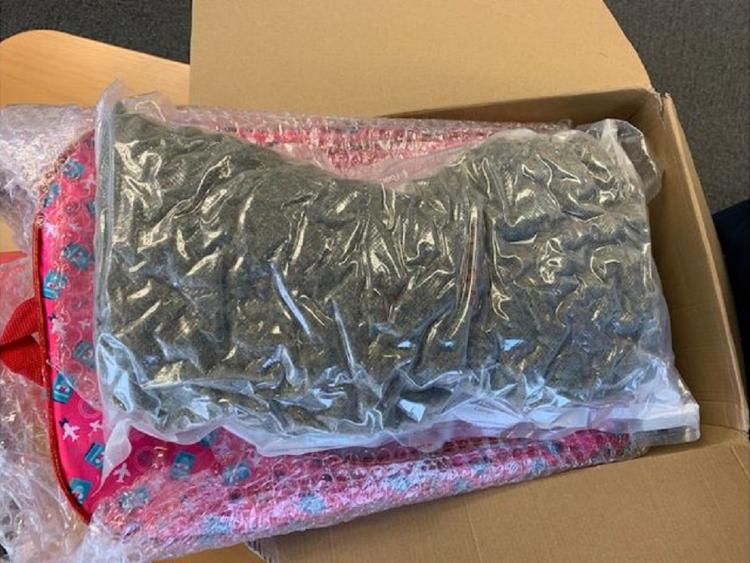 Cannabis with an estimated value of €20,000 was seized in a joint operation today, October 14.

As  part of an intelligence led operation, Revenue officers seized 1kg of herbal cannabis with an estimated value of €20,000.

The illegal drugs were discovered following a search, under warrant, of a house in the Kildare area.

The joint operation was conducted by Revenue’s Custom Service, the Garda National Drugs and Organised Crime Bureau and the Kildare District Detective and Divisional Drugs Units.

Gardaí arrested a female who is currently being held at Newbridge Garda Station under the provisions of Section 2 of the Drug Trafficking Act 1996.

This followed the seizure of €20,000 at Rosslare Europort on Monday (12/10/2020) when, as a result of routine profiling, Revenue officers stopped a vehicle that had disembarked a ferry from Cherbourg, France.

The cash is suspected to be the proceeds of, or intended for use in, criminal activity and is detained by Revenue in accordance with proceeds of crime legislation.

A man, originally from Lithuania, was questioned in relation to the seizure.

Investigations are ongoing in relation to both operations.

These operations are part of Revenue's ongoing work targeting smuggling and shadow economy activity. If businesses, or members of the public have any information, they can contact Revenue in confidence on Confidential Phone Number 1800 295 295